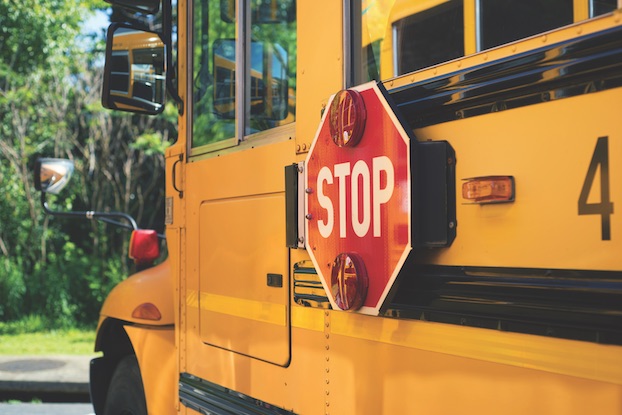 The Jeff Davis Parish School Board is considering ways to increase security of its school bus fleet following recent thefts of parts taken from parked buses.

“We have had a rash of people that are trying to go to our buses and take some of the DEF (diesel exhaust fluid) systems and the doser pumps (part of the DEF system on Cummins engines),” Superintendent Kirk Credeur said.

Most of the thefts are occurring on 2015 and newer models.

“Replacing pumps and other parts is expensive,” Credeur said. “And it just adds up if they hit you over and over again. It’s a thing now. It’s not just us. A lot of other places are experiencing that.”

Credeur recently offered a recommendation to the School Board to secure a majority of the school buses behind locked fences at centralized locations throughout the parish.

“While we can’t solve all the problems, one of the things that we are thinking about is in several of our key locations basically coming up with and doing some fencing, maybe some rock to address the parking lot, and locking some of these buses up,” he said.

Among the proposals is a plan to move many of the buses to the School Board’s maintenance warehouse located behind the Jennings Airport. Officials have also identified areas in Lake Arthur and Welsh to gather the buses.

“We want to get them behind locked gates with cameras to start protecting some of those buses,” Credeur said. “It’s not going to solve all the problems because we do have some individual buses that are parked at individual’s houses and spread all over the district to save us the transportation cost.”

Special stainless steel netting can be placed underneath the buses for those that cannot be parked in a secure environment. Credeur hopes the nets will “deter people who want to get in there and out.”

“It’s unfortunate that we’ve reached this point,” he said. “Never in the history of the district have we had to park buses behind fences, but we are reaching that point now.”

The problem of stealing parts off buses and other vehicles, including catalytic converters, have become a costly national problem for many transportation systems.

War fears mount as US draws down Ukraine embassy…