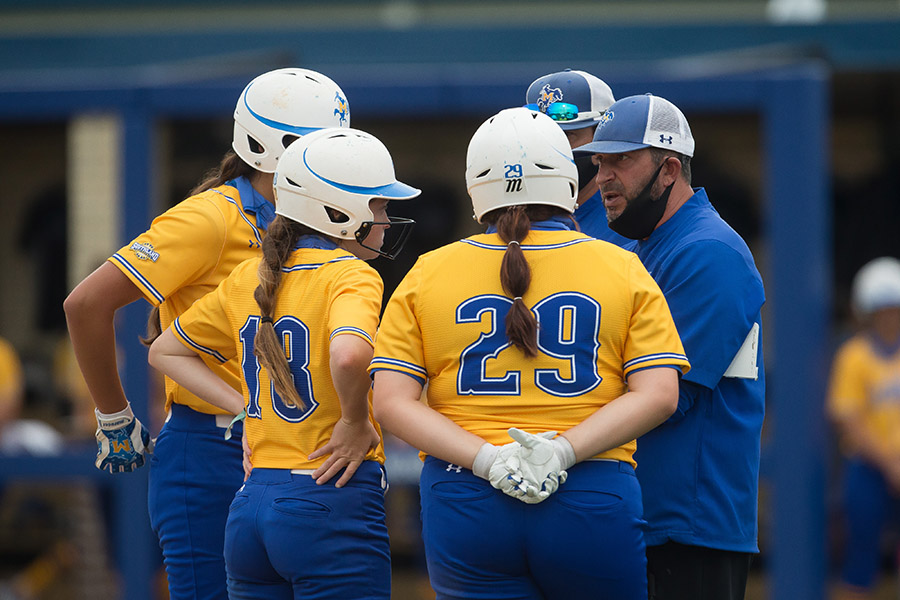 James Landreneau cares about winning games in February, he’s just more concerned about doing it in May.

The McNeese State softball coach enters his sixth year at the helm of the Cowgirls with the idea of playing the best to get the best out of his players.

With a 171-104 record and three NCAA regional appearances, Landreneau has built a winning program through tough scheduling.

“As always we want to be challenged,” said Landreneau. “We want to face the best competition we can. That is the only way you know how good you are is to play the best.”

Last year was a perfect example. The Cowgirls played 16 games against Top 25 teams, losing all but one of them. In all other games McNeese went 34-11, finishing with a 35-26 record that included a win over George Washington in the Baton Rouge Regional.

“I think we learn from being in those situations and playing those types of teams,” said Landreneau. “It makes us prepared for big games and tight situations.”

At times it may seem like too much. Last spring McNeese played 12 straight against ranked opponents early in the season, leaving the Cowgirls with a 3-12 record.

The players, though, have bought into the process and responded by finishing the regular season 30-12. None of those numbers really matter to Landreneau. He is only looking for how his team plays come tournament time.

“We want to be playing our best at the end of the year,” he said. “We still have things to accomplish. We have only won one regional game. That is our next step.”

This year Alabama-Birmingham, UNLV, Memphis, Houston and Boise State will join the usuals LSU and Louisiana-Lafayette in making the trip to Lake Charles. The national attention has opened up the transfer portal for Landreneau as well.

“We are getting our share of calls,” he said. “We are happy to bring in teams this year that have never been here before.”

The visitors show that McNeese’s facilities and talent are worthy of a road trip. It also shows the process is working.

“The proof is they are coming here to play,” said Landreneau. “Fact is people know about our environment and want to come here. They get to play good competition and are well taken care of.

“And they all ask beforehand about the Cajun cooking so we give them some.”

That leaves others with food for thought when they are trying to build their programs.