Tanika Randle: Bringing technology to life for her students 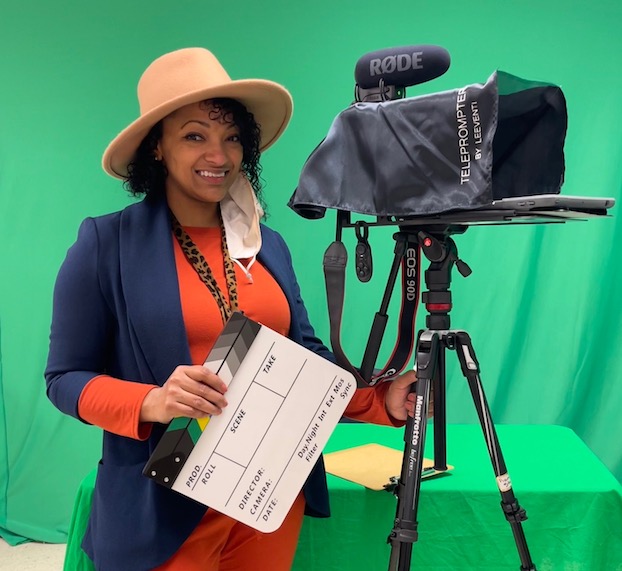 Tanika Randle, head STEM teacher at Lake Charles Charter Academy, brings technology to life each day with her students. Drawing on her experience as a DJ, her freelance work in video production and her education career, Randle helps students see that some of their favorite entertainment pasttimes require skills that they may already possess or can learn.

“I have cameras for recording, a green screen, drones, 3D printers and more in my classroom. So, my students get to learn technology in very engaging ways!”

A graduate of McNeese State University and Louisiana College, Randle has been teaching in Lake Charles for 15 years. Impacting students is the reason she went into the field, she said.

“I wanted to help encourage potential and create opportunities for children to become the people who create solutions for our world,” she said.

Mary Young, Randle’s mother, has helped shaped this outlook, she said. “My mother has been the most influential person in my life. It is because of her optimism that I believe that not even the sky is the limit for anyone.”

Professionally, Randle credited Jassaland Demease, Robert Pete, Pam Quebodeaux and Michael Williams as her greatest mentors. “What they all have in common is that they are wise in making decisions as leaders. They believed in me and then helped create opportunities for me and others to become better,” she said.

“It’s that trust in ability that I try to incorporate into my students and in my home life.”

Randle began teaching very young, only 10 years older than her first students, she said. “I was so nervous, but not afraid.”

The whole first year was a “great lesson,” she said, and the building blocks of 15 years of positive relationships with students. “I like the variety in each of my students’ personalities. I get to imagine with them who they will become in their lives.”

The converse of building relationships is their natural end or rather transformation as they exit the classroom. “But of course, them moving on is what it has all been for— for them to grow!”

Randle’s greatest wish as an educator is for her students to “pay forward” the confidence she has in each of them. “I hope that I have been a positive influence with my students. I hope that they remember that I believed that they can be anything they want to be and that they spread that idea on to others in their lives.”

When she is not teaching, Randle enjoys watching action and adventure movies, figuring out how the movies were made and spending time with her family. “My daughter Olivia Randle influences me to be a better person, for her,” she said.