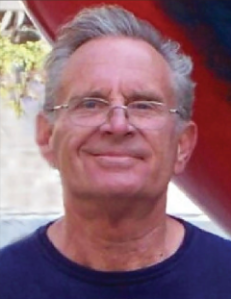 John was born on Oct. 5, 1946 to Myrtis Warrington Bleich in Clarksdale, Miss. He graduated from Sulphur High School class of 1964. He went on to study pharmacy at Northeastern University in Monroe until 1966.

John proudly served his country in the US Navy during Vietnam from 1967-1969 with the Fifth Marine division.

After returning from war, John began a long career in sales and was awarded sales rep of the year in 1991 with Del Monte Foods.

His passion for medicine and helping others led him back into the medical field.

He went to nursing school and spent years at St. Patrick’s Hospital as a cardiac nurse.

He spent the last 15 years of his career in pharmaceutical sales and education.

John was a mental health advocate and was an active member in NAMI Louisiana. He served in various board positions over the years including NAMI LA president in 2010.

Preceded in death by his mother, Myrtis Warrington Bleich.

A memorial ceremony will be held at St. Michael & All Angels Episcopal Church on Friday, Jan. 14 at 2 p.m.

In lieu of flowers, the family asks that donations be directed to veterans in need at fisherhouselouisiana.org or namilouisiana.org.