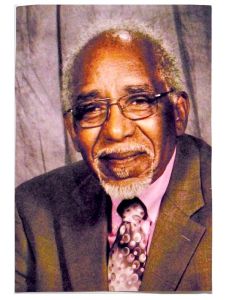 Debonair, Servant, Gentlemen, Creole cook, Gardener, Traveler, Zydeco dancer/music enthusiasts and “Father-figure” to many in North Lake Charles has departed this earth on Jan. 6, 2022 at the mature age of 87.

His earthly story began on July 18, 1934 at a small town near Eunice, La. He was reared under the Catholic faith and because he was a devoted man, remained and served within the faith until he could not.

He retired from Huber Oil of  Louisiana in 2001. He completed certificate programs in accounting, auto mechanics, and electronics.

After completing High school at Charles Drew of Eunice, La., he was drafted by the United States Army. He served two years in Korea and returned to Eunice to marry his High school sweetheart, Naomi Green. The couple married and relocated to Lake Charles in 1959 and their union joyfully produced a son, Thomas (Janice); daughters, Anita Deruso (Michael), Lesha Brown (Charles), Vanessa B. Valiare; eigth grandchildren and seven great-grandchildren; who will all greatly miss his love, cander, devotion, guidance, and his selflessness.

After meeting JESUS, he was greeted by the love of his life, Naomi; his parents, Joseph Valiare and Effie Mae Guillory Valiare; sisters, Mary Gibbs, Helen Jones, and Geneva Valiare; and brother, Winson Valiare; along with several other relatives and friends.