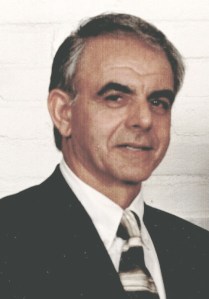 Sebastian was born in Sicily on March 22, 1943, and moved to the United States in 1967.  He opened D&R Automotive in 1980 and owned it for 41 years.  Sebastian was an avid player and legendary icon as a soccer athlete abroad and also coached locally his entire life.  He had a love for cars, but even more for his family.  Sebastian was funny, silly, adored, and loved by everyone who met him.

He was preceded in death by his parents, Salvatore and Sebastiana Reale and a grandson, Addison Richard.

A Mass of Christian Burial will be celebrated at 11 a.m. on Tuesday, Jan. 11, 2022 at Our Lady Queen of Heaven Catholic Church.  Monsignor Daniel Torres will serve as Celebrant.

Burial will follow in Consolata Cemetery under the direction of Johnson Funeral Home.

Visitation will begin on Monday at University Baptist Church from 4 p.m. until 8 p.m., and will resume on Tuesday from 10 a.m. until leaving for the church at 10:45 a.m.