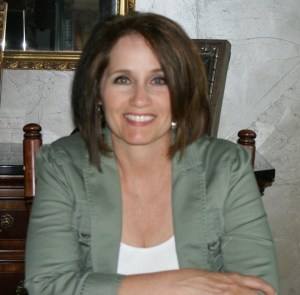 Catherine Marie Viator Billot, age 63, passed away on Thursday, Dec. 16, 2021 at the Denver Hospice in Colorado. Catherine was born Oct. 1, 1958 in Lake Charles, La. The third of eight children, she knew early on that her passion and natural talent of art would have a significant role in her life. A 1977 graduate of LaGrange High School in Lake Charles, she moved to Houston, Texas, shortly thereafter and soon began her first career in insurance. The relationships she developed while in this industry would help mold the rest of her life. Her first child (Jason Viator) was born in Houston, Texas, in 1982. Catherine met her husband David in 1987 through her insurance friends at the time (Marla, David’s sister and Charlene (David’s sister-in-law). They married in 1989 and had one child together (Megan) in 1994. The family relocated to Colorado in 2000. Blessed with a magnetic personality and stunning beauty, Catherine was also a talented artist. She enjoyed painting portraits, landscapes and horses among other subjects primarily with oil and watercolors. She completed her bachelor’s degree in Art Illustration in 2016 at the Rocky Mountain College of Art & Design. After graduation she began her new career as an illustrator at Denver University in 2017. She will be remembered for her love of family, art, gardening, reading, skiing, traveling, hiking and star gazing from her mountain property “The Catherine Marie Ranch”. A native of Louisiana (aka A Proud Cajun) Catherine was also a loyal and passionate New Orleans Saints football fan.

She is preceded in death by her father, Ervin Pierre Viator; and her oldest brother, Patrick Viator. A special note of thanks and love go out to Catherine’s oncology and hospital teams at the Colorado Blood Cancer Institute and Presbyterian/St. Luke’s Hospital who cared for Catherine in her final 4.5 years (Dr. Peter McSweeney, Sarah Buehler, Tina Rookstool, and all of their amazing support staff). You all became a second family to Catherine and gave her hope when there was little, strength when she was weak, and most of all gave her life when there was none. We will forever be grateful to you all.