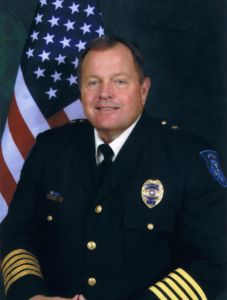 Don was born in Washington, Mo. and graduated from Dixie Hollins High School in St. Petersburg, Fla. He received a football scholarship to Southern Illinois University and played there until he was injured. He returned to Florida and enrolled at The University of South Florida where he graduated with a Bachelor’s degree in Sociology.

In 1988 then Special Agent Dixon was assigned to the Lake Charles Resident Agency and in 1997 became Senior Resident Agent until his retirement in 2001.

During his career with the F.B.I., Don was a member of the New York F.B.I. SWAT team and Senior Team Leader of the SWAT team for the New Orleans Division of the F.B.I.

Don loved law enforcement and he shared his expertise by teaching law enforcement throughout the world. He was a certified Master Police Instructor in Firearms, Defensive Tactics, SWAT, Street Survival, Counter-Sniper, Police Shootings, Civil Rights, and Interview and Interrogation.

He was also sought out on an International Level as an instructor on Command Post Operations and Violent Crime, teaching on six different occasions at the International Law Enforcement Academy in Budapest, Hungary.

The F.B.I deployed him to Kenya in 1998 to assist in the Investigation of the American Embassy bombing by Al-Qaeda.

Appointed by then Mayor Randy Roach as Chief of Police in 2002, Don immediately began to use his unique skill set and expertise to increase the size of the police department, establish and train a 19-member designated SWAT team, and created juvenile, sex crimes, and domestic violence divisions. He was also instrumental in creating the Combined Anti-Drug, Multi-Jurisdictional Task Force.

He also established the Pastors on Patrol Program which teamed local pastors with patrol officers on regular shifts. Don was also proudly the co-founder of Cops & Jocks, an annual golf tournament and auction the proceeds of which provide scholarships for local law enforcement and McNeese State University athletics.

This scholarship will continue in perpetuity.

The only thing that trumped law enforcement in Don’s life was his family.

He is survived by two sons, Donnie and his husband Ryan Haden and their four children: Finley, Capper, Vienna, and Foster and son Tyler Dixon and his fiancé Zahra. Don is also survived by a sister Lisa Hartmann and her husband Jack; a brother, George Dixon and his wife Laurie; as well as numerous nieces and nephews.

Funeral services will be at 1:30 p.m. on Wednesday, Jan. 5, 2022, at Trinity Baptist Church. The Rev. Steve James, pastor and Chaplain for the Lake Charles Police Department will officiate. Visitation at the church will be from 11 a.m. until time of service.

The Lake Charles Police Department Honor Guard will be Pallbearers.

In lieu of flowers, donations may be made to Cops & Jocks via PayPal to Heisser@hotmail.com or via check made payable to Cops and Jocks, C/O Alan Heisser, 713 Kirby Street, Lake Charles, LA 70601.