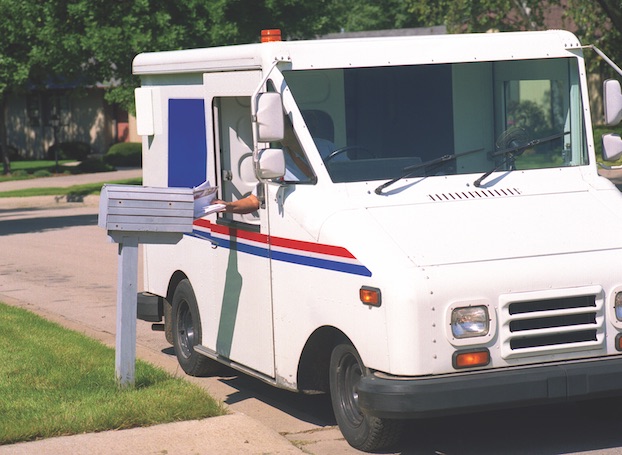 Postal workers in Westlake worked together this week to make one little girl’s Christmas dreams come true. The United States Post Office’s annual Operation Santa program invites children in need to write letters to Santa that are then fulfilled by generous volunteers around the country.

Kaycee Johnson, Westlake post office clerk, said postal workers are allowed to read the letters and then decide to adopt the child or send the letter off to a larger facility. “We received 10 letters this year and chose to fulfill one at our local office,” she said.

“All of the letters were heartfelt, however, hers was just tear-jerking,” Johnson said of the letter that belonged to a 3-year-girl whose birthday was one day after Christmas.

All of the letters to Santa included children’s names and their wishlists, but “hers broke it down that her mom couldn’t afford gifts and her grandma was there, too, to help her write the letter,” she said.

When Johnson opened the letter, tears filled her eyes.

“It made me open my eyes to the things that I take for granted, especially this time of the year. Working long hours can be annoying — especially when you want to be home with family — but some people are not working. We go home tired but we’re still able to provide for our families.”

Johnson shared the letter with her co-workers and the same sentiment was felt by everyone.

Despite Christmas being the busiest time of the year for postal workers, the entire office banded together to grant the little girl’s wish.

“We were super busy with everything Christmas but we just felt like, ‘Man, we’ve got to do something.’ I’m grateful we were able to pull it off in a short time. We got everything on the list and then some because we included the mom and grandma, too.”

The special Christmas delivery was met with joy and appreciation, Johnson said.

“The child wasn’t home but the grandmother was clearly overwhelmed with all of the love. She just kept saying, ‘Thank you. Thank you.’ It seemed like she was about to cry and was just trying to hold it together and not break down.”

From Her Kitchen to Yours: SW La. native building…