The DAISY Lifetime Achievement Award recognizes those nurses who have devoted their life’s work to the compassionate care of others.

Recipients of this award are chosen based on their years of distinction, promoting a positive image of professional nursing, engaging in professional development and advocating for the nursing practice and the improvement of patient care.

Knapp named to state board

The commission was created to provide an independent civil service system for all regularly commissioned full-time law enforcement officers employed by the Department of Public Safety and Corrections, Office of State Police, or its successor, who are graduates of the State Police training academy of instruction and are vested with full state police powers, as provided by law, and persons to become such officers.

The commission provides an independent, merit-based, system to empower the state of Louisiana to recruit, develop, and retain a state police force with the highest level of professionalism and proactive engagement in providing service to and protection of Louisiana’s citizens and visitors.

Knapp is the former executive director of Habitat for Humanity for the Calcasieu Area. He was nominated by Tulane University and will represent the 3rd congressional district.

The council listens to the concerns of those with disability issues, reviews, analyzes and evaluates the state rehabilitation program, collaborates with other state agencies, organizations and consumer groups.

Ned is an integrated behavioral health consultant for Visions Consulting Firm. She will serve as a representative of business, industry, and labor.

The mission of the Louisiana Bankers Education Council is to facilitate banker development and promote financial literacy outreach to Louisiana bankers.

Clemons named to state board

Todd Clemons, a Lake Charles attorney and founder of Todd Clemons Law Firm, has been appointed by the Supreme Court of Louisiana to the Louisiana Attorney Disciplinary Board.

The statewide 14-member board serves a role similar to a court of appeal. The board, in three-member panels, reviews the reports involving lawyer complaints and discipline from hearing committees from throughout the state. The board then makes recommendations to the Louisiana Supreme Court when discipline is warranted.

He founded Todd Clemons and Associates in 2007. The firm’s primary areas of practice are criminal defense, civil litigation, personal injury and family law.

Judson to remain on state board

BATON ROUGE — Sara Judson, president and CEO of the Community Foundation of Southwest Louisiana in Lake Charles has been re-elected to The Council for A Better Louisiana. CABL was founded in 1962 with the mission of improving the quality of life for all citizens of Louisiana.

CABL is a nonprofit, nonpartisan statewide organization that works on issues in the public interest. It does this by raising citizen awareness, advancing sound public policies, holding government accountable, and fostering civic leadership.

CABL values cultural diversity within its programs, and is dedicated to seeking and advocating for solutions that will move Louisiana forward.

Hunt is also minoring in psychology, history and political science. 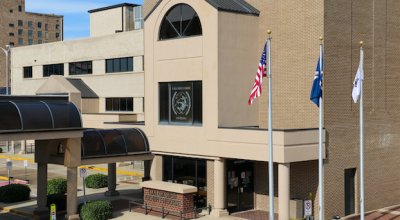