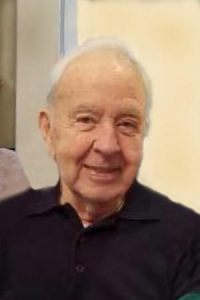 Mr. Tiller was a native of Logansport, Texas, where he was raised and educated. He served in the United States Army for four years as a Sharpshooter and later reenlisted to further his education. He studied at Louisiana State University and following his military service, earned a Bachelor of Science in Engineering at Stephen F. Austin State University. Mr. Tiller began his career in drafting and design, as a well-liked, well respected, top salesman for A. W. Chesterton Company for nearly 40 years and was awarded “World’s Greatest Salesman”, as well as countless awards and trips throughout the years. Early in the course of his career, he discovered a need for Industrial products and began a Mechanical Seals and Packaging company in his garage that grew into a larger demand business that he moved onto Common Street. His credibility, dependability and personality were the contributing factor to his success. He was a practical joker, loved to see people smile, and hear them laugh. He was a runner, running 20 miles daily for years well into his seventies. He also enjoyed fishing, sharing this passion with his daughter for weekends spent offshore fishing. Mr. Tiller was grateful for the blessing of his wife and the opportunity to enjoy his retirement traveling together. He will be most remembered as a wise man, generous, quick witted with a tough exterior, kind hearted, and a soft spot for cats.

He was preceded in death by parents, Leo Hobson Tiller and Daisy Bell Errington; and son, Steve Tiller.

Memorial services will be at 5 p.m. Friday, Dec. 10, 2021 at University Baptist Church under the direction of Johnson Funeral Home.

Family and friends will gather in his honor Friday from 3 p.m. until the time of service at the church.

Memorial donations may be made to Disabled Veterans, Salvation Army or the Sierra Club.