Scott Wylie and the art of making better biscuits 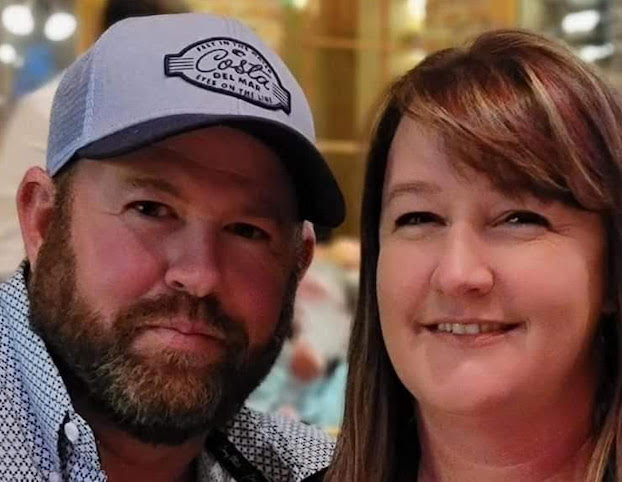 “A good biscuit should weigh eight ounces, be as big as a cat’s head and be tender enough to cut with a toothpick,” said Scott Wylie, pictured with his wife.

Scott Wylie makes biscuits at his house every Friday.

“I always make enough to enjoy all weekend,” he said. “When I was growing up, mama didn’t buy bread, but there were always biscuits on the table.”

Scott’s mother is Lou Joyce Wyle. He said she made a good biscuit, but the person who taught him how to make a better biscuit is Rebecca Stanley.

“My son would go over there to visit her grandson and brag about her biscuits when he got home,” Wylie said. I had made some biscuits but I tell you they were hard enough to kill a bull elk. She showed me the basics, and I realized I had been overthinking it.”

He thought Stanley’s biscuits were good, but he could do even better. That’s when he set out on his make-a-better-biscuit quest.

“A good biscuit should weigh eight ounces, be as big as a cat’s head and be tender enough to cut with a toothpick,” Wylie said.

Now that he’s got it down to a science, he bakes the Friday biscuits for home, bakes them sometimes for friends, bakes for coworkers and shares with the people who know a great biscuit from a good biscuit — the elderly.

“I’ve never had anyone turn one down,” he said, “unless it was to cut in half and turn it down on a skillet with a little butter to warm it up,”

That’s how his wife likes them if she doesn’t get one hot out of the oven. Deer sausage and Mayhaw jelly is generally figured into this epicurean breaking of bread.

Wylie makes his own deer and pork pan sausage, but relies on someone else for his casing sausage. Getting the deer and the hogs from the piney woods to the grinder and wrapped is his job, in addition to the biscuit making.

He runs hoop nets and trot lines on the Sabine River. In addition to being known as a great biscuit maker, he’s the fish fryer.

“Just about everything we eat comes from within 15 miles of DeQuincy,” Wylie said. “You just about got to rely on hog meat and deer meat now since ground beef is higher than the axle on a Ferris wheel.”

Wylie has a delicious way with words.

About his wife’s cooking, Wylie said she could not cook a single thing that he wouldn’t eat. Now it tastes good. That wasn’t always the case.

“When we married and we married young, she couldn’t boil water,” he said. “She asked me if I was ready for dinner and I asked her what my options were and she told me, yes or no. I said yes. When you got four kids you better learn how to cook something.”

He is less assured that his children will learn their way around the kitchen.

“Sister (which is what he calls most females), I hope they marry well. None of them can cook like their mama can. She makes the best deer neck roast I have ever put in my mouth. If that deer knew what was gonna happen to him, he would have run a little faster.”

When asked if he’d like to share his biscuit recipe with American Press readers, the colorful and quick-witted Wylie went silent.

“It’s the only secret I’ve got left after 49 years,” he said with a chuckle. “I wouldn’t be special if everybody knows how to make ‘em.”

A few more beat passes and he continues, “but I guess I’ll tell you what I use to make ‘em ‘cuz I have no idea about the measurement of anything. I don’t measure. Use self-rising flour, hog lard and grated butter.”

Hog lard and butter is bound to make any good dish, even better.

“Yessir, I think the world’s problems could be solved with a biscuit. Now mine, they’re big enough to give a world-problem-solving conversation plenty of time. Of course, somebody else’s biscuit, that’s a different story. Eating a li’l ol’ biscuit would probably only give a person time enough to solve their own problems, but I guess that’s something.”