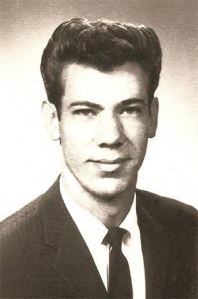 Mr. Granger was born Dec. 30, 1944 in Lake Charles, La., where he was a lifelong resident.  He was a 1962 graduate of Marion High School and worked 30 years for Himont as an operator, retiring in 2002.  Mr. Granger attended Northside Baptist Church in Oakdale, La.  He had a great love for drag racing and could frequently be found at the Evadale Drag Strip in Baytown, Texas.  Mr. Granger will be remembered for his sense of humor and his work ethic that he passed along to his family.

His funeral service will be 2 p.m. on Monday, Oct. 25, 2021 at Northside Baptist Church in Oakdale, La.  Elder Larry Wilson will officiate.  Burial will follow in Cryer Cemetery in Oakdale.  Visitation will be at Johnson Funeral Home of Moss Bluff on Sunday from 4 p.m. to 8 p.m. and continue on Monday at Northside Baptist Church from 10 a.m. until the start of the service.

The family would like to express a special word of thanks to the staff of Stonebridge Assisted Living and Heart of Hospice for the excellent care given.