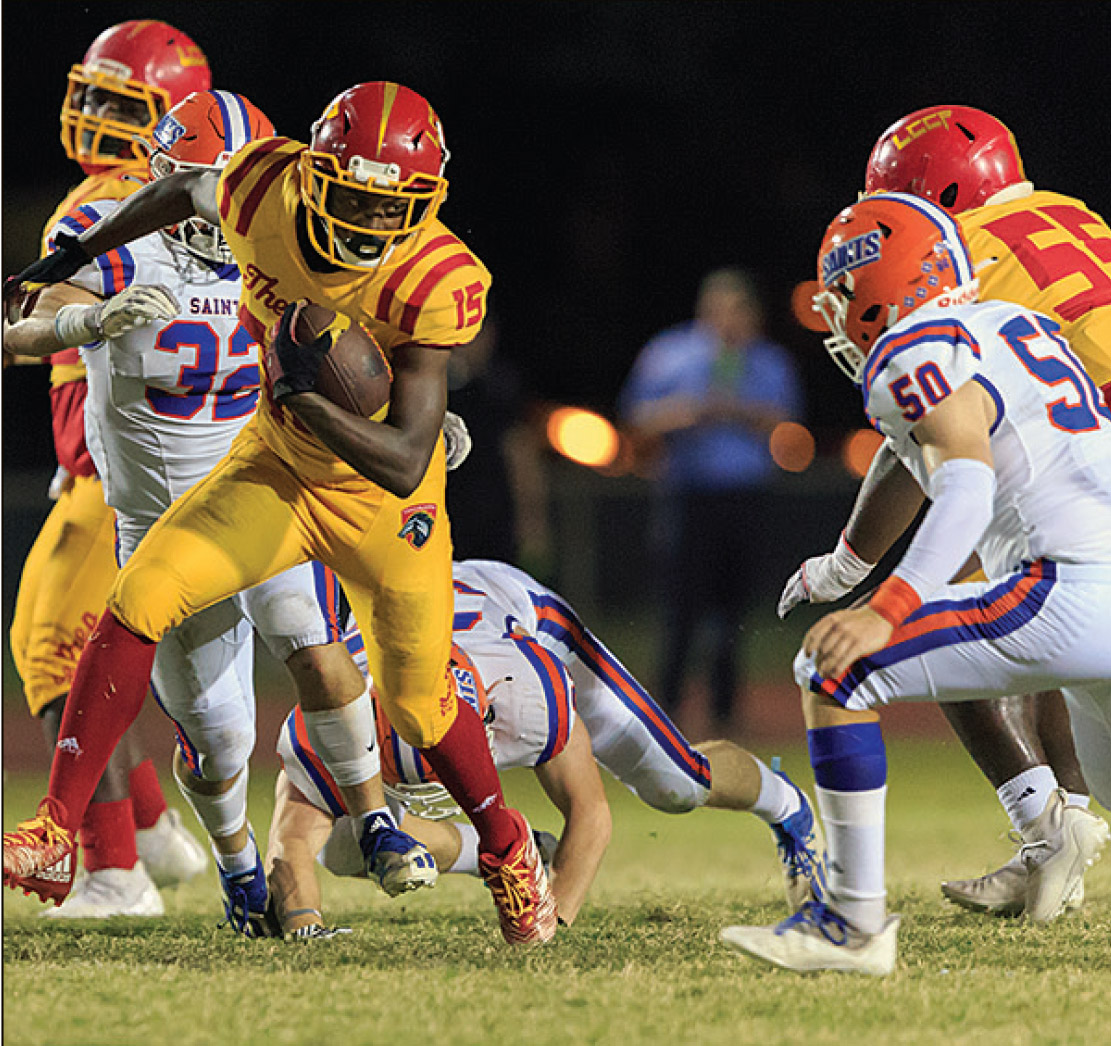 Both Guidroz and Joseph ran for more than 100 yards and scored a touchdown. The Blazers (4-3, 2-0) and Iowa (7-0, 2-0) are tied for the district lead. The Blazers have won 11 consecutive district games in the past three seasons.

St. Louis (3-4, 0-2) led twice in the first half, but Prep took the lead for good just before halftime and put the game away with the first of two second-half scores, both touchdowns.

St. Louis took a 3-0 lead on a 33-yard Spencer Briley field goal midway through the first quarter. Prep went ahead on a 14-yard touchdown run by Joseph in the final minute of the quarter.

St. Louis regained the lead on a 4-yard run around left end by quarterback James Reina. Prep took a 14-10 lead into halftime on a 7-yard touchdown run by quarterback Josiah Bushnell.

Guidroz scored on a 5-yard run in the third quarter to extend the Prep lead to 21-10. Eric Beloney intercepted a pass and returned it 80 yards down the right sideline for a touchdown to make it 28-10.

The Saints made it a two-possession game midway through the fourth quarter on a second Briley field goal, this one from 24 yards out, to make the score 28-13.

On the ensuing possession, Joseph broke loose down the right sideline for a 66-yard touchdown run. James Phillips added a 5-yard touchdown run for the Saints, who almost recovered the following onside kick with 5 minutes left. Prep ran out the clock with Guidroz running five times for 44 yards on the final drive.

“They are all good backs and we knew when Citizen went down last week that they would be able to carry the load for us,” Prep head coach Erick Franklin said. “We know that if we put them in position to make plays that they will come through for us.”

Bushnell completed 6 of 8 passes for 66 yards and ran for 32 yards. The sophomore didn’t turn the ball over for a second consecutive week.

“He’s had seven games since middle school,” Franklin said. “We’re trying to be patient with him, give him quality reps, let him learn how to make good reads. He’s coming along well.”

Phillips led St. Louis with 91 yards on 23 carries and two receptions for 16 yards. Marcus Duhon had five catches for 76 yards.

The interception return touchdown was the third of the year for Beloney.