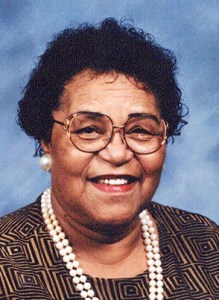 She was a lifelong resident of the Prien Lake Community and member of St. Martin de Porres Catholic Church. She was a member of the Ladies Auxillary and a devoted parishioner. In this capacity, she lovingly served her church and looked forward to welcoming parishioners and the priest for Sunday Mass. Her hospitality did not end here as she opened her home to parishioners and priests for after Mass coffee and pastries.

Elnora was an exceptional cook who enjoyed cooking meals for her family, but also her fellow parishioners and priests.  She thought of everyone in her church as family, tending to them if needed, visiting them, often bringing a smile to their faces as she entered with her signature dishes.

Coming from a large family helped instill the qualities and characteristics she became known for as the family and community matriarch. She was a devoted wife, mother, grandmother, and aunt. She will mostly be remembered for her kind and generous heart.

Funeral service to honor Elnora’s life will be at 1 p.m. Monday, Oct. 18, 2021, at St. Martin de Porres Catholic Church. Father Keith Pellerin will officiate. Visitation will be 10:30 a.m. – 12:30 p.m.; with a recitation of the Rosary at 12:30 p.m. Burial will follow the funeral at Consolate Cemetery with a graveside service led by Monsignor Jace Eskind. Respectfully and in honor of her life, legacy, and memory, Gregory Arceneaux, William Cook, Mckeithen Duhon, Eric Granger, Adam Jones, and Marcus Martin will serve as her active pallbearers. Funeral arrangements are being handled by Johnson Funeral Home.

We invite you to leave a fond memory or sentiment of condolences on our website www.johnsonfuneralhome.net.