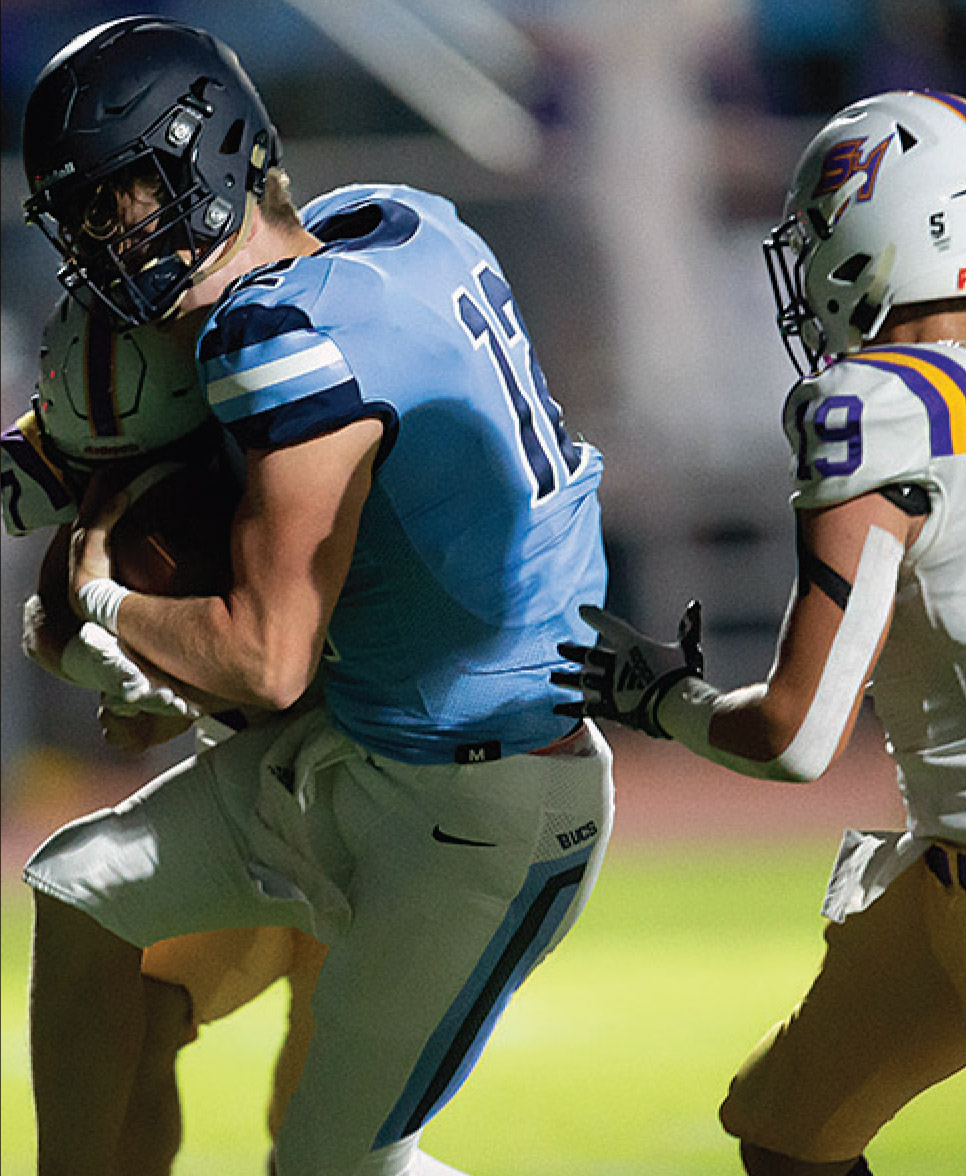 The Bucs’ Will McClain is hit as he crosses the goal line for a touchdown against Sam Houston Friday night at Barbe High School. (Rick Hickman / American Press)

By Damian Juneau
Special to the American Press

The Barbe Bucs overcame four second-half turnovers in taking a 49-35 District 3-5A victory over the Sam Houston Broncos Friday night.

The Bucs with 524 offensive yards with 298 passing yards and 226 rushing yards. Will McClain finished 11-for-20 for 298 yards as he threw four touchdowns and rushed for one. Jamaal Levi finished with 229 yards on seven receptions and scored three TDs.

“Will McClain and Jamaal Levi are great competitors,” said Barbe head coach Mike Cutrera. “Jamaal is a special kid. If we are able to get the ball to him he is able to do some special things. The offensive line did a great job for them to do those things tonight.”

Sam Houston got on the scoreboard when Dennis Gardere scored on a 27-yard run with 6:37 left in the first quarter.

Sam Houston gained the momentum in the third quarter on Ashton Fuselier’s interception which put on ball on the Barbe 27-yard line. Sam Houston took advantage of the turnover when Simon scored on a 6-yard pass from Stout with 9:47 to play in the quarter.

“Those two touchdowns were huge for us,” Cutrera said. “Every point was huge in a game like this. Sam Houston kept battling back and keeping it interesting. I was proud of how our kids responded to it as we came back and scored and got the ball back and was able to run the clock out.”