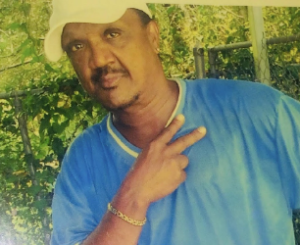 Woodie Williams Jr. ascended into eternity on Sept. 20, 2021. Our angel was a father, son, brother, uncle, nephew, cousin, and friend to many. His smile and light spread to those around him like the sun shining at high noon.

Woodie was the oldest of seven children, born on May 18, 1951, in Mobile, Ala., to Woodie and Arvella Williams. The Williams family was all known to play musical instruments and sing in the church. Woodie was known for his beautiful singing voice.

He graduated from Washington High School and immediately after graduating enlisted in the U.S. Army where he was honorably discharged 4 years later. Woodie was known as an avid reader and worked at Central Library where he had access to read as many books as his heart desired.

His loving heart soared to new heights when he had his children and became an uncle. Woodie had a special love for his children and all his nieces and nephews. He was known to be everyone’s “favorite uncle.”

Those who preceded him in death are his father Woodie Williams, Sr., grandson Donald “Bud” Williams and granddaughter Velois Murray.

Woodie was a man filled with laughter, joy, and a whole lot of jokes. He was a mountain of love and a nurturer to many. He leaves to cherish his mother, Arvella Williams, daughters, LaDonna Williams, Angela Williams and Sherry Williams of Chicago, IL. sons, Charles Williams of Chicago, IL and Kenny Johnson of Lake Charles, La. Brothers, Terry (Catherine) Williams, Ronnie Williams, Winston (Catrice) Williams, Michael Williams, Frederick Williams and Anthony Williams, all of Lake Charles, La. 13 grandchildren and 15 great grandchildren. Goddaughter Valerie Jenkins and a host of nieces and nephews.