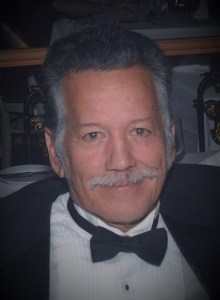 Mr. LeFrere was a lifelong resident of Lake Charles.  He was a graduate of Marion High School where he played football and was a member of the band.  Following graduation, he served the United States Army.  He later went to work as an Operator at Cities Service Company from which he retired with forty years of service.  Mr. LeFrere enjoyed keeping his lawn manicured, vegetable gardening and fishing.  He also enjoyed making wine and cooking, sauce picante being one of his specialties, and was known as the “Turkey King”, having earned his title smoking Thanksgiving turkeys for his family.  An active member of St. Henry Catholic Church, he was an Usher and 3rd and 4th degree Knight of Columbus, volunteer for Catholic charities and food distribution.  As an active member of the Cursillo retreat team, he made rosaries for those in need and children making their First Communion.  Mr. LeFrere will be most remembered as an honorable man of Faith and family, who gave everything, always.

A Mass of Christian burial will be at 11:00 AM Saturday, September 18, 2021 at St. Henry Catholic Church under the direction of Johnson Funeral Home.  Father Matthew Cormier will officiate.  Interment will follow in Consolata Cemetery.  Visitation Friday will be from 5:00 PM until 9:00 PM and will resume Saturday from 8:00 AM until 10:30 at Johnson Funeral Home of Moss Bluff.  A Cursillo rosary will begin at 6:00 PM Friday and a traditional rosary at 9:00 AM on Saturday.

In compliance with our state mandated, we respectfully request that everyone in attendance wear face coverings.

Words of comfort to the family may be expressed at www.johnsonfuneralhome.net,