Nobody wants to be 0-2, Cowboys, LSU need to turn around or lose ground 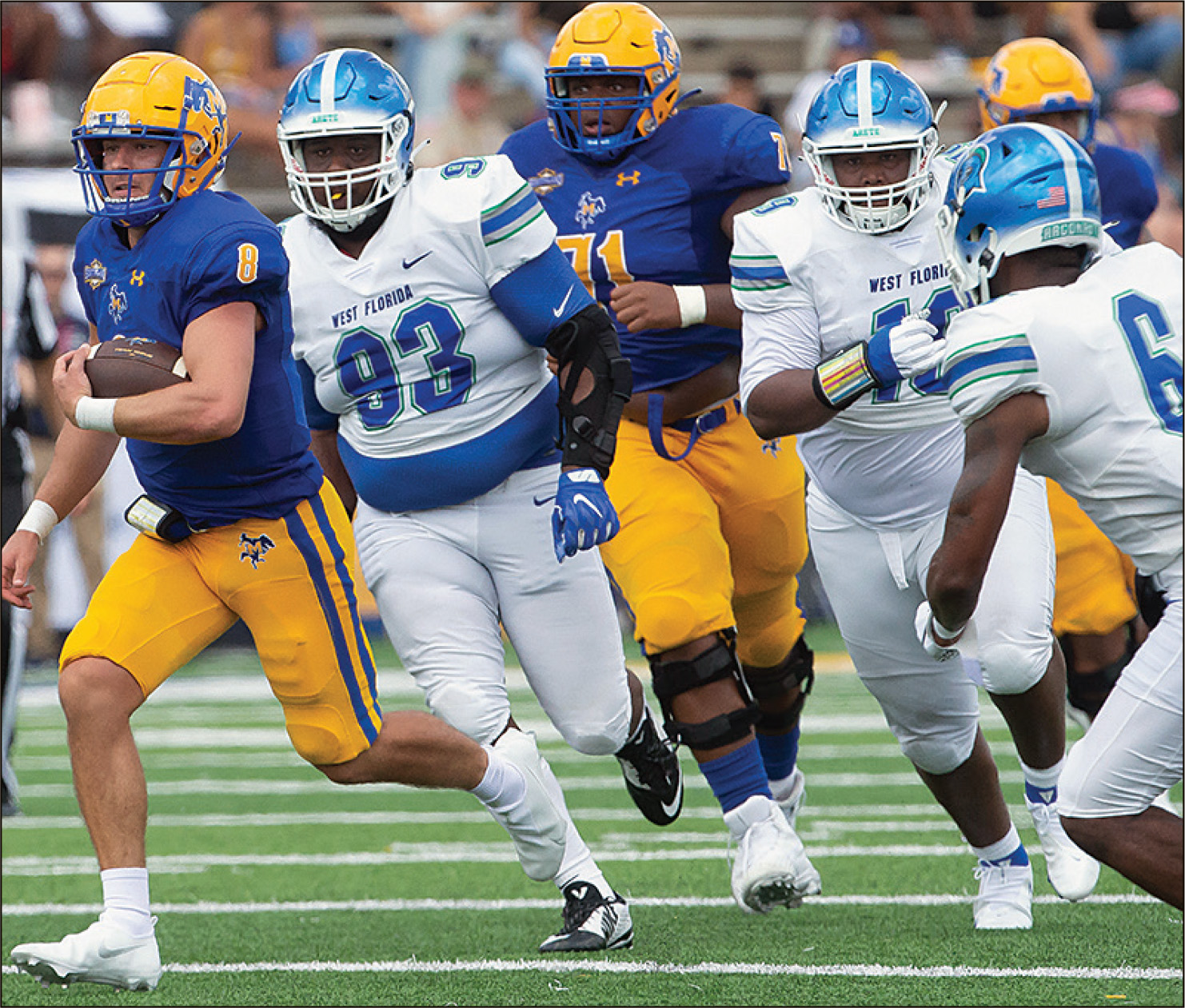 McNeese State quarterback Cody Orgeron, No. 8, will fulfill his dream of playing in Tiger Stadium — only the opposing head coach is his father, LSU's Ed Ogeron. (Rick Hickman / American Press)

Both came into the season promising things would be different. However, both looked far too much like the teams they were last season.

Tonight, McNeese State travels to LSU for a 7 p.m. kickoff at Tiger Stadium with both teams coming off a loss. Now the two look to prove they have left last season’s mistakes behind.

It is the third meeting between state schools, with the 2015 game a washout due to rain and lightning. LSU won the first game 32-10 in 2010 after falling behind 10-7 in the second quarter.

For LSU, the game is a little more desperate. After losing to UCLA in its opener, the Tigers are in need of playing well, especially for head coach Ed Orgeron as whispers about his future have begun.

“I just wish we would’ve coached them better,” Orgeron said. “I gotta put that on me. Offensively and defensively, we could’ve done some things better in camp to prepare our guys to play a better football game.

“That’s the thing I’m most disappointed in — the preparation we had as coaches going into the game.”

Orgeron should know the Cowboys well. He watched them from the sideline all spring. Of course, he claims he was merely there as a father watching his son Cody quarterback McNeese.

It is the second time a head coaching father faces his quarterback son, and the first since Jack Elway and his son John met on Sept. 18, 1982.

Ed Orgeron said while watching film of McNeese he “wanted to evaluate our opponent, but I also wanted to cheer for my son.”

Cody Orgeron said he has been thinking about the game since it appeared on the schedule.

“It is one of the reasons I came back,” he said. “Instead of a call maybe I will just text him before the game and maybe see him and take a selfie on the field then play as hard as we can and they will do the same.

“After the game we will be a family again. We are always family first.”

Cody Orgeron has become the key to McNeese’s offense. He is coming off a career-best 361 passing yards in the Cowboys’ loss to Division II West Florida.

But both teams’ problems came on defense, which was supposed to be the clubs’ calling cards. They combine to allow 80 points in Week 1, which was not expected.

“We have to play better,” said McNeese’s all-American defensive end Isaiah Chambers. “We have to put more pressure on the quarterback and stop the big plays. We have to be more aggressive and get after them.”

LSU quarterback Max Johnson threw for 330 yards and three touchdowns. All three of the scoring throws went to Kayshon Boutte, who finished with nine catches for 148 yards.

“Maybe we will put five guys around him,” Wilson joked about stopping Boutte. “He will have our attention, but if you put too much on one guy others will have big days.”

Both teams will be without key players. McNeese will be without its top two boundary safeties, Trent Winbush and Tyler Toliver. Graduate transfer Jarrius Wallace from Arizona will start in the spot.

LSU will be without several players, including both starting offensive tackles, Austin Deculus and Cam Wire.

The game will be the first since 2019 with a full crowd at LSU.

“Our guys are looking forward to the first game at Tigers Stadium and get this taste out of our mouth and our gut,” Ed Orgeron said.

For McNeese players, this is a once-in-a-lifetime opportunity.