Old, new, borrowed And Blue: Cowboys say they have right chemistry to return to playoffs 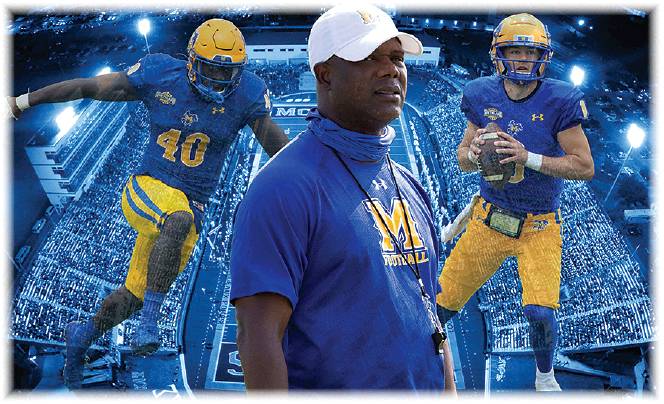 “Those who stay will be champions.” Frank Wilson wasn’t the first to say those words, but he has preached it the most the last eight months.

The McNeese State head football coach didn’t say when the Cowboys will be champs, but he isn’t planning on it taking too long.

After a well-documented year of heartaches and headaches, Wilson’s team finally gets to play a somewhat normal fall football season with championship aspirations. They greet the new campaign with high expectations and a sense of excitement.

“We are really looking forward to playing games,” said defensive end Isaiah Chambers. “We want to win this for the City of Lake Charles.”

Chambers, a preseason all-American and Buck Buchanan Award finalist, is the star of a team filled with transfers. Wilson, in his second year as head coach, hit the NCAA transfer portal hard this offseason, replacing all that was lost with talent from all over the country.

But to each, new and old, transfer and freshman, the message is clear: winning is the McNeese tradition and it is time to reboot that tradition.

“Look at all those winning years,” Wilson said looking at the numbers on Cowboy Stadium showing all the titles. “It is in our blood.”

Of late, the Cowboys have needed a transfusion.

The program hasn’t hit rock bottom, but it has slid out of national elite status. It’s been five seasons since McNeese last made the Football Championship Subdivision playoffs despite an expanded field to 24 teams in 2013, with the last postseason win coming in 2002. During that time the program was put on academic probation, which continues but the playoff ban has been lifted.

That black eye was taken personally by the university’s leaders, who quickly made changes. Since then the Cowboys have had two head coaches and a new athletic director, and have focused all attention on the present and future while remembering the past.

Now the Cowboys enter a new and strange land as the Southland Conference has lost five of its more powerful teams. With 14 league titles under its belt, McNeese has more SLC championships than the five remaining teams combined.

For players it is even more personal.

“I want to leave here bringing this city and this school a championship,” said quarterback Cody Orgeron. “McNeese and Lake Charles have been great to me and I want to leave it with something special.”

Orgeron leads an offense that has added speed and talent from the spring season. No group needed more of an upgrade than the offensive line.

The Cowboys added size in Romello Tarver, a 6-foot-5, 272-pounder from Central Michigan, and Trey Winters (6-6,

338) who is a transfer from Iowa Central Community College and the University of Iowa.

Wilson said he has been impressed with freshman Cameron Foster and Dylan Dauzart, who should help give the line added depth.

They will join Calvin Barkat and a group of players who got experience under fire in the spring while playing sometimes with seven healthy bodies. Now McNeese has 18 offensive linemen.

They should help give Orgeron time to throw. The quarterback, now in his sixth year on campus and third season as starter, is the unquestioned leader of this team.

After a bad spring start, Orgeron finished strong, throwing for 951 yards and seven touchdowns without an interception over the last three games.

“We all finally got on the same page,” Orgeron said. “When that happened the offense really started to click.”

Look for more of that this fall, as the Cowboys added Louisiana Tech transfer CeeJay Powell to the list of weapons. The receiver had three touchdown catches over two scrimmages.

“We are going to be tough to stop,” said Powell, who was a second-team all-conference performer last year at Louisiana Tech. “I will always be open.”

“I’ve got Lamborghinis, Ferraris, Porches,” Orgeron said. “These guys are exciting. They have speed, hands. This is going to be fun.”

Running back Stephon Huderson may be the most important weapon. A late edition to the roster, Huderson is a graduate transfer who has played four seasons at Tulane, gaining 1,375 yards and averaging 5.3 a carry. He was at his best in 2020.

He was named second-team all-conference honors in the American. He finished with 773 yards and four touchdowns, averaging 6.0 a carry. Josh Parker (178 yards) and Deonta McMahon (189 yards) add depth to the group, but both were limited in the spring by injuries.

On defense Chambers will lead a line that is the backbone to this team. His 7.5 sacks where tops in the Southland and second in the nation. He also had 14 tackles for loss and 11 quarterback hurries.

“He might be the best defensive player in the nation at this level,” Wilson said. “He can be very destructive to an offense.”

The first-team preseason all-conference selection is flanked at the other end of the line by Mason Kinsey. The 6-2, 231-pound junior had four sacks and 38 total tackles in the spring. Backup C.J. Semien, a senior from Barbe High, has been impressive in camp, Wilson said.

Northwestern State transfer Joey McNeely should be able to clog the middle.

“Our defensive line could be one of the best around,” Wilson said.

Kordell Williams, a redshirt sophomore, leads a thin linebacking crew. He had 48 tackles in the spring, second on the team. Darius Daniels returned from a broken leg that cost him most of the 2019 season to record 34 tackles. Jake LaFleur and Tahj Samuel both saw time in the spring.

Preseason all-conference first-teamer Andre Sam leads the secondary. Sam had three interceptions and led the Cowboys with 52 tackles last spring. The redshirt junior is joined by senior Colby Richardson as staples in the secondary.

Chris Joyce is also back there, having led the conference in passes defended in the spring. He is a two-time all-conference pick. Enos Lewis is another experienced defensive back and the group is joined by Corione Harris, a transfer from Kansas, making the defensive backs a positive.

“I like how our secondary has looked,” Wilson said. “There are guys back there who can make plays. I think we have a chance to be a very good football team. We are excited for the season.”

But are the Cowboys improved enough from a 3-4 spring to get back to the postseason? That is to be determined. 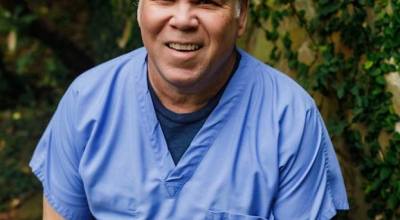 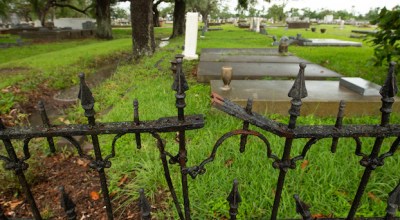 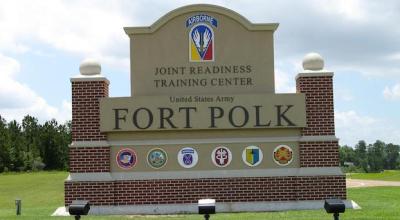 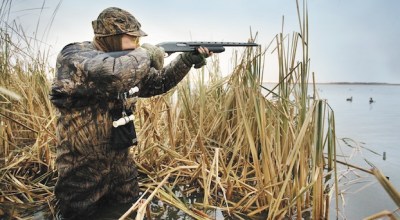 DeQuincy imposes its will on LaGrange, dominates clock, makes…