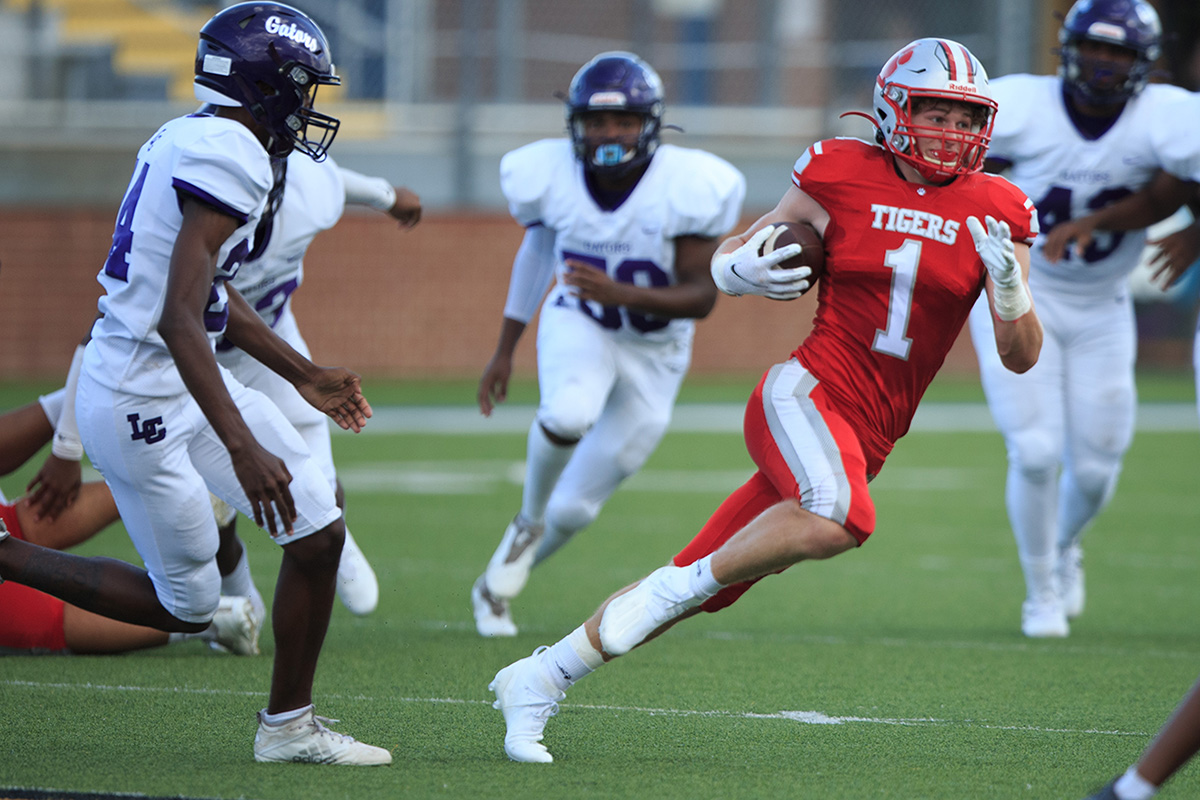 DeQuincy’s Hudson Snyder breaks away from the LaGrange defense on the way to a 66-yard touchdown run Friday night at Matt Walker Stadium in Sulphur. (Kirk Meche / Special to the American Press)

SULPHUR — DeQuincy dominated possession and capitalized on a long run and big pass play in a 14-0 win over LaGrange Thursday night at the Sulphur SPOT Therapy/Billy Navarre Jamboree.

Hudson Snyder broke free for a 66-yard touchdown run down the left sideline on DeQuincy’s second play from scrimmage.

The Tigers doubled the lead in the second half when Gavin Gary grabbed a tipped pass in the end zone for a 5-yard touchdown pass from Reese Ashworth on a fourth-down play.

Gary had a 44-yard reception earlier in the drive.

“The kids played exactly the style we want to play,” he said. “We were able to hold on to the ball and throw it when we had to. We played bend but don’t break defense.”

The Tigers ran for 168 yards and completed both pass attempts. Tajae Ceasar ran for 36 yards and intercepted a pass in the second half.

“He’s been our dude for the past couple of years,” Dufresne said. “Snyder was electric on his first carry and we had freshman T.J. Wood come in and run hard.”

LaGrange drove 48 yards to the DeQuincy 29 on the opening drive but came away scoreless after a penalty and failed fourth down.

“We were getting some push and running the ball well,” head coach Marrico Wilson said. “Mental mistakes hurt us. That, and penalties, kill drives. We had a busted coverage on a long pass.We have to learn how to get off the field on third downs. We have some growing up to do.”

Chris Dixon ran for 32 yards and had a 12-yard reception to lead the Gators. 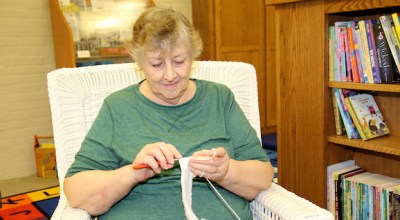 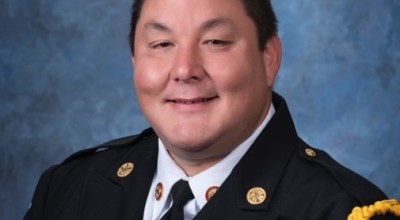 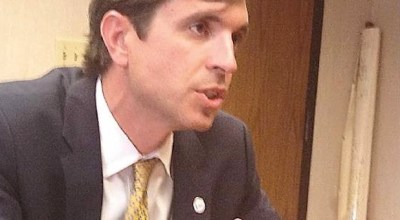 All about defense, Sulphur blanks W-M