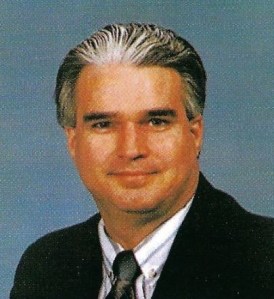 Glen moved to from Sulphur to Deer Park, Texas three years ago to live with his sister and brother-in-law.  He was a 1972 Sulphur High School graduate where he really enjoyed being an active participant in the Future Farmers of America Club. Glen worked in automotive parts counter sales and delivery for many years.  He enjoyed photography, dining out with family and loved watching Westerns, especially John Wayne.

He had been very active in the Boy Scouts of America and was inducted into  the  Order of the Arrow,  which is the honor society of the Boy Scouts of  America, composed of Scouts and Scouters who best exemplify the Scout Oath and Law in their daily lives.  Glen and his late father, Charles, were Scout leaders with the Boy Scouts of Jake Drost School;  the family was recognized by the City of Sulphur for their dedication to this troop.

Left to cherish his memory are his sister, Sharon Semmes and her husband, Charles, of Deer Park; brother, C.W. Newcomer and his wife, Jackie, of Sulphur; two nieces, Candice Fontenot, and Kristen Litchfield; and two nephews, Todd Newcomer, and Scott Semmes.

He was preceded in death by his parents, Charles and Sarah Newcomer, and brother, Wayne Newcomer.

Funeral services honoring Glen’s life will be 2pm, Friday, August 27, 2021, at Johnson and Robison Funeral Home of Sulphur. Burial will follow at 4pm in Cherry Grove Cemetery of Mittie, LA.  Pastor Leon Boggs will officiate.  Visitation will be held Friday, August 27th, 11am – until time of service at 2pm.