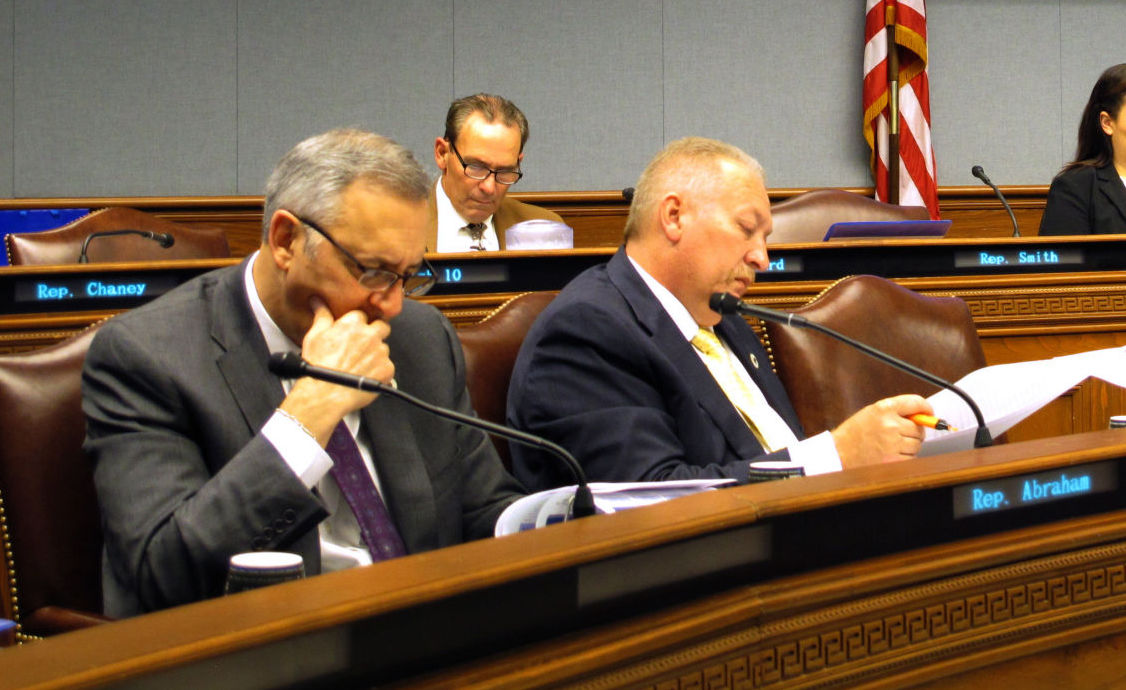 Senate Bill 156 by Sen. Beth Mizell, R-Franklinton, requires schools to designate athletic teams according to the biological sex of the team members. The highly controversial measure garnered 26 Senate votes, the minimum required for a veto override. The legislation heads to the House floor, where it needs 70 votes for a veto override.

“I think the bill was really simple, and the (Edwards’) administration and people tried to make it more complicated than it was,” Abraham said. “It asked, ‘Do you believe biological males should compete against biological females?’ My answer was no.”

Reese said Edwards’ veto message didn’t change his views on the legislation. He, Abraham and Cloud voted for the bill during the regular session.

“For me, it was purely a fairness issue,” Reese said. “It’s not any deeper or broader than that.”

Abraham mentioned polling done throughout the state that showed 80-85 percent of constituents supported the Fairness in Women’s Sports Act.

“So, how can you vote against what constituents believe was the right thing to do,” he asked. “That’s why we were able to get 26 votes.”

When the Senate voted on the bill during the regular session May 5, it received 29 yes votes, which included some Democrats who later opposed the override. Abraham said some Democratic senators wanted to support an override, but instead sided with Edwards.

“This is bigger than the governor,” Abraham said.

Abraham and Reese said they are unsure whether Mizell’s bill can get the two-thirds vote in the House for an override.

Abraham said Mizell’s bill is the most controversial legislation in his six years at the Legislature. He said the veto session would likely not have happened had Edwards signed the legislation into law.

“The bill took a life of its own,” Abraham said. “There were a lot of people in the (Senate) gallery watching. It was a very emotional bill because people felt so strongly about it. There were more vocal opinions than anything I’ve ever seen.”

Both Abraham and Reese voted to override Edwards’ veto of Senate Bill 118 by Sen. Jay Morris, R-West Monroe. The measure, which would allow people to carry concealed weapons without a permit and the required training, came three Senate votes short of a veto override. Edwards vetoed the bill on the basis that getting rid of firearms training causes a public safety problem.

Abraham said he doesn’t see much of a difference in open firearms carry, which doesn’t require training in Louisiana, and the constitutional carry proposed in Morris’ bill.

“My constituents in Southwest Louisiana were overwhelmingly supportive of constitutional carry,” he said. “I got more than 1,500 emails over the last week and a half, and 90 percent were in favor of it.”

Current state law allows for concealed carrying of firearms for residents who take a training class and receive a permit.

For Reese, he said the veto session, while historic, felt like business as usual for the Legislature. The session must end Saturday.

“It was a little different than an ordinary session,” he said. “Normally, the chairs are full of lobbyists. Today, they were full of reporters.”