Analyzing drainage system a must

The announcement of several industrial projects within Southwest Louisiana has officials predicting that more people will come to the area. With the expected growth, officials have acknowledged that some services, including drainage, could be affected.

That’s one of the reasons why Calcasieu Parish officials have decided to revisit a parishwide drainage management study that is nearly 10 years old. Since state law requires the parish to provide drainage, it’s a good idea to prepare for the growth ahead of time, instead of react to it after the fact.

The initial report, “Drainage Management 2.0: A Proposed Plan of Study,” was discussed at the Calcasieu Police Jury regular meeting earlier this month.

One issue that the older plan did not address was analyzing the parish’s drainage district structure. Beam said the growth parishwide over the last 20-30 years makes that an item worth studying. Right now, there are seven drainage districts in Calcasieu Parish.

Some police jurors said they are against consolidating drainage districts.

District 15 Police Juror Les Farnum said it would be tough to get voters to pass a parishwide tax because they know the money from district taxes “is going to get spent in their backyard.”

District 14 Police Juror Hal McMillin said that narrowing it down “to even two districts” would be an improvement for the parish. He said the district lines are “man-made,” and that “water doesn’t see that.”

The plan includes a rough timeline over the next 12-18 months. Steps include forming a study team, hiring an outside drainage consultant, developing policy objectives, research, public input and an operational assessment of all drainage districts.

Some police jurors voiced concerns that either the timeline was too short to be effective or too long to get prepared ahead of the economic growth.

While it’s too early to tell what the study will recommend, analyzing the parish’s drainage system is a must.

The last thing residents and officials should have to worry about is the anticipated growth creating more of a burden on flooding issues within Calcasieu Parish.(MGNonline) 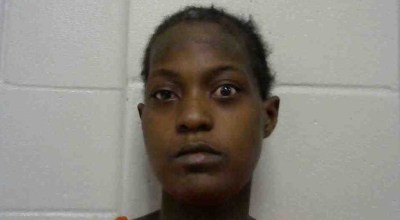