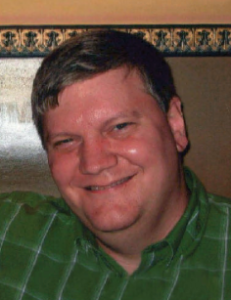 Kevin Anthony Monroe was born Jan. 18, 1965, in Luftin, Texas. He was one of two children born to Charles E. and Joan A. Monroe.
Early in life Kevin developed a desire to help people, it was this desire that led him to enroll in Texas A&M University, earning a degree in psychology. It was also here where he met Cindy at the University Lutheran Chapel. They were wed July 31, 1993, in College Station and began their life together.
Kevin’s love of people was multifaceted; his heart was giving, and his selflessness never ending. His degree in psychology led him to eventually work as a counselor for children and family services. His desire to help others and in his quest for knowledge he again returned to school where he obtained his degree in nursing. He worked in various hospitals, and then began caring for those on hospice. No matter what job he worked, he enjoyed talking to people, their families and helping where he could. When he desired a calmer pace, he accepted a job with Golden Nugget Casino as a security officer and EMT.
Cindy recounts their marriage as one full of love, friendship, travel, and fun times often at church events. He was a history buff, never passing a chance to learn the history found in their worldwide travel. Of the many trips and places they traveled together, Cindy says their trip to Italy was his favorite. His life was well lived, not only did he enjoy travel with Cindy, but they also join his in-laws on their travels.
Aside from travel, he enjoyed listening to the newest science news, reading sci-fi books, and strategizing his lengthy Dungeon and Dragon campaigns. His pet dogs and cats meant the world to him and he was always ready with a story of their latest antics.
He was welcomed into Heaven Sunday, Jan. 8, 2023, by his father Charles Erwin Monroe; and a sister, Kimberly Monroe.
Those left to cherish his memory; Cindy, his devoted wife of 29 years; mother, Joan Monroe; in-laws, Douglas and Karen Mumm; sisters-in-law, Rebecca (Nicholas) Cronan and Sheila (Roman) Ryder; four nieces, Amelia, Brie, Bella, Savannah; two nephews, Andrew and Jared; two great-nephews; and extended family.
Memorial service led by Dr. John Robert Black were held Saturday, Jan. 21, 2023.
Fond memories or sentiments of condolences may be shared on our website www.johnsonfuneral home.net.