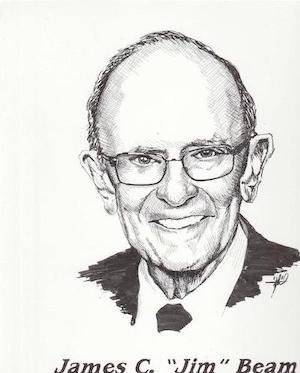 Louisiana Democrats are apparently having a difficult time deciding on who should run for governor this fall. The Republican hierarchy, meanwhile, is pulling out all the stops to try and make this a one-GOP race.

Obviously, that isn’t going to happen because four Republicans have already announced they are running. They are state Attorney General Jeff Landry, state Treasurer John Schroder, state Sen. Sharon Hewitt of Slidell and Rep. Richard Nelson of Mandeville. Hunter Lundy of Lake Charles, an independent, is also a candidate.

Shawn Wilson of Lafayette, secretary of the state Department of Transportation and Development, is considered a favorite Democratic candidate, but others in the party appear to be interested. They include Katie Bernhardt, chair of the Louisiana Democratic Party, and Hillar Moore, district attorney of East Baton Rouge Parish.

Having one strong candidate definitely got results in the 2015 and 2019 gubernatorial campaigns. The 2015 lineup included three Democrats, three Republicans, two no-party, and one “other.”

Gov. John Bel Edwards, a state representative at the time, picked up 40% of the vote in the primary while the other two Democrats got only 1% of the vote each.

The Republicans had better-known candidates. They were U.S. Sen. David Vitter, 23%, Scott Angelle, 19%, and Jay Dardenne, 15%. The two no-party candidates got 1% each, and the “other” candidate had 0%.

The three Republicans did beat up on one another and that helped Edwards win. It happened again in 2019 when Edwards was re-elected from among five other candidates — three Republicans, one other Democrat and one independent.

Edwards got 47% in the primary and the other Democrat got 1%. Republicans Eddie Rispone got 27% and U.S. Rep. Ralph Abraham received 24%. The independent got 1%.  The two GOP hopefuls did give one another a hard time. Edwards won the general election 51% to 49% for Rispone.

Rispone and Abraham are now endorsing Landry, who captured an extremely controversial endorsement from the hierarchy of the Louisiana Republican Party.

U.S. Rep. Garret Graves, R-Baton Rouge, is another big-name GOP possibility, but he hasn’t made a final decision. Many Republicans think he has the makings of a good candidate. However, if he doesn’t decide something soon, his chances diminish somewhat.

Democrats aren’t waiting for the election to be giving possible candidates a hard time. Jeremy Alford of LaPolitics Weekly said Gary Chambers, a Democratic party activist and former political candidate, and others aren’t happy about an ad run by Bernhardt.

Alford said, “They’re unhappy the way that Katie Bernhardt has kind of flirted with the governor’s race and they’ve reached out to him (Chambers) and urged him to run for governor.”

Lynda Woolard of New Orleans, a Democratic Party activist who lost the 2020 chair race to Bernhardt, told The Advocate, “The job of the Democratic Party chair is to build infrastructure, recruit candidates and raise money. I have not seen that happen in the last three years. She (Bernhardt) doesn’t have the experience or the skill set to run the state.”

State Rep. Mandie Landry, who left the Democratic Party to become an independent, said, “There’s nothing to show that she’d be a strong, principled governor because she hasn’t been a strong, principled chair. If she gets into a runoff, Landry would wipe the floor with her.”

Bernhardt would probably have a tough time bouncing back from those extremely critical remarks. In a brief interview, she said she isn’t currently a candidate and is committed to finding a good candidate to beat Landry and do what it takes for the party to present a unified front.

Chambers told The Advocate that Wilson “should be given full consideration. He’s a man of impeccable integrity and has run a state agency blamelessly.” It’s one way to get that united front that Bernhardt is talking about.

Wilson said he is more likely to run than not, saying he was in his “final leg of due diligence.” The sooner he makes a decision, the better for him and his party. Like Graves, he needs to decide something quickly or lose some momentum. Alford said Wilson would most likely have the endorsement of Edwards, his current boss.

As for Moore’s candidacy, Alford said, “A lot of folks are standing around and waiting to see what he’s going to do, because if there’s any candidate that perfectly fits the John Bel Edwards archetype it may be Hillar Moore.” Moore said he will decide next week whether he’s running.

The 2023 gubernatorial campaign definitely appears to be off and running.