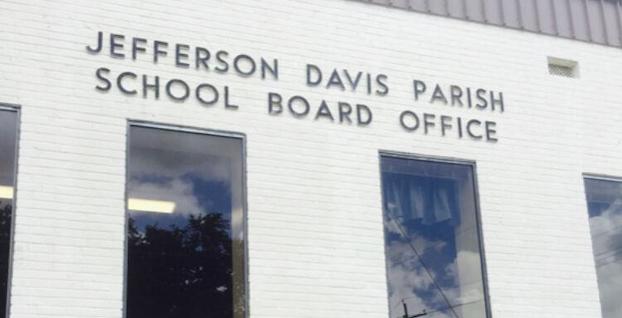 The Jeff Davis Parish School Board will spend more than $5 million to repair and replace aging, leaky and damaged roofs at various school sites this year.

The School Board agreed to fund the projects with revenue from the general fund, insurance and the Federal Emergency Management Agency (FEMA) based on a priority plan with the worst roofs being addressed first, he said.

“The architect and roof contractor aged the roofs and rated which ones go first in priority for the first stage,” Hall said.

Many of the priorities have changed due to cost and unforeseen problems, including finding other roofs in worse condition.

“When you start to uncover things, you find problems which need to be addressed,” Hall said.

A plan to redo the roof at the Welsh High School gym was shifted to the Welsh Elementary School cafeteria after it was found to be in worse shape. The change added $69,000 to the Welsh school project.

Problems were also found at Lake Arthur Elementary School where contractors found electrical conduits fastened to the underside of the roof. Additional material and labor were needed to correct the problem, thus increasing the project cost by $95,500.

Asbestos was also discovered at the Fenton Elementary School gym, which has increased the project cost.

School officials are continuing to work with FEMA officials to seek reimbursement for many of the projects.

“There are around 400 different projects happening at every single school in the district,” Hall said. “Every week, we get about five or six approved (by FEMA). We are getting 90 percent funded every week.”

Reimbursements from FEMA will help ease the financial burden for the school district, he said.

“Because of the reimbursements, we are actually getting some of our roof money from FEMA to put back into the projects,” Hall said.

The school district expects to receive $200,000 for the roof projects.

The School Board is also working to hire an architect for the work needed for damages due to Hurricanes Laura and Delta.