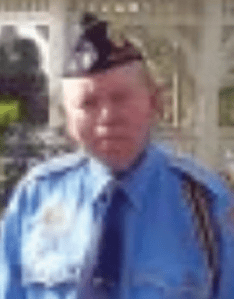 JENNINGS — Funeral service for Mr. Gerald Roane “Jerry” Lege’, 84, of Jennings, will be held on Friday, Jan. 27, 2023, at 1 p.m. in the Miguez Funeral Home chapel with Reverend Walter Parker officiating.
A burial with Military Honors will follow in the Greenwood Cemetery under the direction of Miguez Funeral Home.
Visitation will begin on Thursday, Jan. 26, 2023, from 4 p.m. until 8 p.m. It will resume Friday morning at 10 a.m. until the time of service at 1 p.m.
Jerry was born on Sept. 23, 1938, in Oklahoma City, Okla., to Joseph and Gwendolyn Roane Lege’. He was a Crowley High School graduate and worked in the Funeral Industry. Mr. Jerry served his Country Honorably in the U.S. Army. He was a member of First Baptist Church of Jennings and the Sons of the American Revolution, Attakapas Chapter, and the American Legion Post 19 of Jennings.
Those left to cherish his memory are his wife of 61 years, Joyce Elaine Radke Lege’; son, Michael Lege’ of Jennings; grandson, Ryan Lege’ of Wetumpka, Ala.; and a niece, Marty Lege’ of Atlanta, Ga.
He was preceded in death by his parents; and two brothers, Maurice and Milton Lege’.