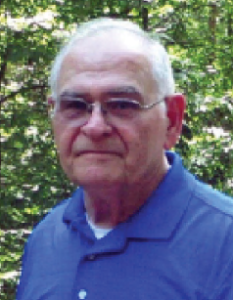 James “Jim” Gibson, 83, of Moss Bluff, passed away on Sunday, Jan. 22, 2023, in his residence.
Mr. Gibson was born in Safety Harbor, Fla., and was raised in Lake Charles where he was a graduate of LaGrange High School. Following graduation, he furthered his education at McNeese State University. Jim and his wife moved to Moss Bluff 25 years ago where they were members of St. Theodore Catholic Church. Mr. Gibson was a bookkeeper and tax preparer and owned and operated Gibson’s Accounting in Westlake.
His passion in life was playing the guitar for several local French and country music bands.
Those left to cherish his memory are his loving wife of 62 years, Judy Birdwell Gibson of Moss Bluff; children, Donna Naquin (Tony) of Lake Charles, Brenda Gibson (Anita) of Houston, and Laura Kidder (Tony) of Sulphur; grandchildren, Matthew Soileau (Latisha) of Lake Charles, Rachel McFarland (Charles) of Leesville, and Haley Naquin (Zack Grant) of Bridge City; and two great-grandchildren, Madison and Carter.
He was preceded in death by his parents, Edith and Melville Gibson; siblings, Johnny Gibson, Orlean Brown and Viola Faulk; and a grandson, Jerel Gutgsell.
A memorial service will be held at 11 a.m. on Thursday, Jan. 26, 2023, in the Johnson Funeral Home chapel in Moss Bluff. The Rev. Marcus Wade will officiate. A gathering of family and friends will begin at 9 a.m. until the start of the service with a Cursillo Rosary to be recited at 10 a.m.
Words of comfort to the family may be expressed at www.johnsonfuneralhome.net.