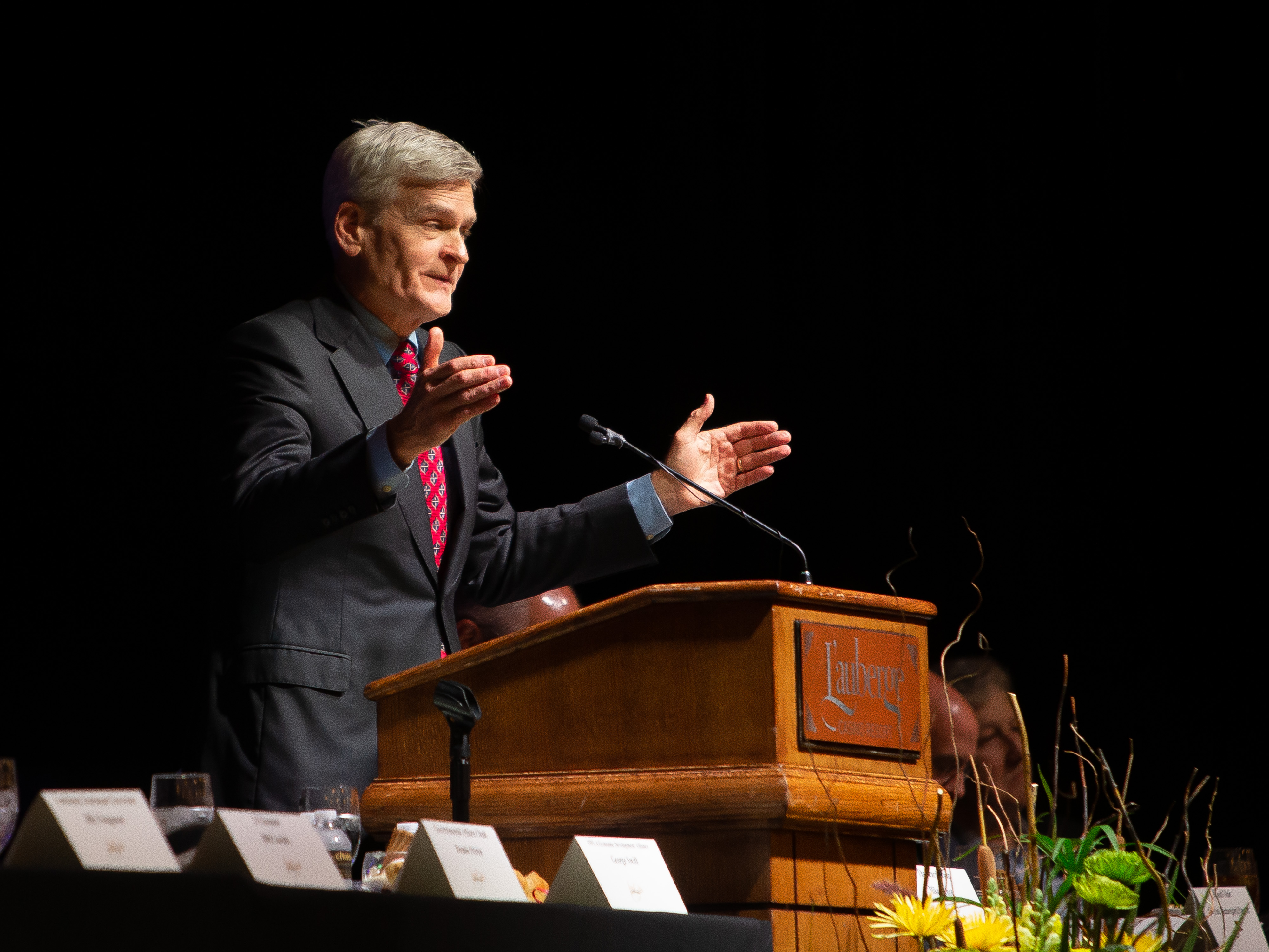 “In 11 years, there will not be enough money in the Social Security trust fund to pay out the scheduled benefits,” Cassidy said.  “It is President Biden’s responsibility to address this issue. It is for the sake of seniors, those who are going to be seniors and for our country.”

Cassidy said any plan moving forward, however, cannot include ceasing to repay debts. He said defaulting on debt  — the country hit the debt ceiling of $31.4 trillion last week — is not an option.

“That could throw us into a worse recession that we are in already.”

Cassidy said “wasteful spending” is attributing to the nation’s financial position. “Unfortunately, long-term debt is not our only problem.”

He said there is a lack of spending accountability at the federal level.

“We can’t just allow the administration to keep swiping the credit card with no accountability,” he said. “There has to be something which addresses this kind of ‘let’s spend money no matter what.’ ”

He also chimed in on the recent controversy surrounding the security and handling of federal classified documents following the discovery of said documents in President Joe Biden’s home. These documents dated back to Biden’s time as a senator, Cassidy said.

“It is inexcusable that President Biden had those documents in his different residences, period.”

Cassidy said he is willing to have an open-mind following the investigations. “I have to recognize that if somebody is a president or vice president, that they may have documents that are gathered up into other documents and they may not realize they are there,” he said. “I am willing to wait for investigations to take place.”

He stated that he does not have an opinion on whether or not the National Archives should be responsible. “I want to wait and see what practically that means.”

Cassidy’s criticism is not limited to the president. Similar documents have also been mishandled by former Vice President Mike Pence and former President Donald Trump.  “Bottom-line, those kinds of documents should not leave a safe, secure environment.”

He also gave an update on how the Bipartisan Infrastructure Investment and Jobs Act Bill will affect Louisiana. “There were a lot of wins in 2022.”

In Louisiana, funding has been allocated to build the new Interstate 10-Calcasieu Bridge in Lake Charles, expand and add lanes to the Mississippi River Bridge, repair roads throughout the state, restore the coastline and provide broad, affordable, high-speed internet access in rural areas of Louisiana, according to Cassidy.

Cassidy says the state’s legislators heavily influenced the funding. “I think it’s fair to say this funding would not have been possible with me, Louisiana, if you will, having a seat at the negotiating table when this bill was being written.”

Cassidy said it is imperative for him to be present and active on the federal level to enact change.

“I was sent to Washington to do a job; to help make Louisiana more prosperous, more safe and stronger, and the only way I can do that is to meet with others, to take a seat at the table and to keep working until Louisiana’s needs are met. That’s what I did in 2022, that’s what I’ll continue to do in 2023.”