Cowgirls put it together down the stretch to beat Nicholls State 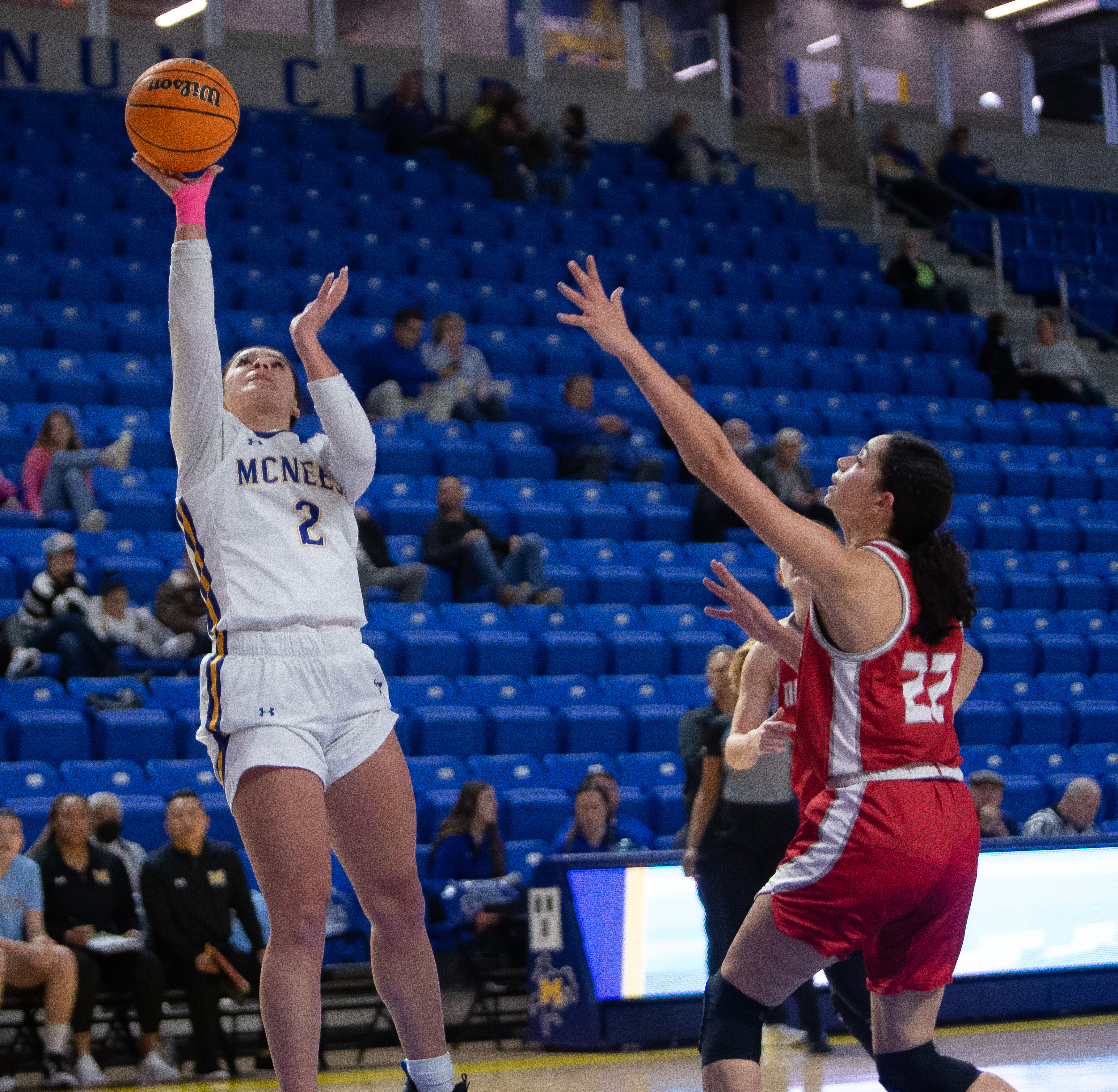 The split personality Cowgirls continued their Jekyll and Hyde season with an up and down performance Saturday.

Long periods of unbeatable play were followed by equal stretches of struggling action.

But McNeese State was good when it needed to be down the stretch to finish off Nicholls 70-62 inside the Legacy Center.

The victory was the second in three days for the Cowgirls over the Colonels as they completed their home-and-home Southland Conference series.

“It was big to get this win and get some momentum as we head to the road,” said McNeese head coach Lynn Kennedy.

The win was the third straight for McNeese, their longest such streak of the season.

“I think we are a good team right now,” said Kennedy. “We have moments where we are a great team.”

And then there are the moments that…well they aren’t so good.

All of that was on display Saturday, as the Cowgirls started fast, leading 16-4 six minutes into the game. Then they missed their next 15 shots and were behind after a 31-11 run to close the half by Nicholls, 35-27.

Hansen led the second-half surge as the Cowgirls responded by starting the third quarter on a 20-4 run.

“Our intensity on defense was really good in the third quarter,” said Kennedy. “I thought they (Nicholls) made some nice adjustments after Thursday that surprised us.”

The Colonels led 51-50 heading into the fourth quarter despite the McNeese run. That’s when Hansen hit two quick 3-pointers and when Stephanie Guidon followed with four points McNeese was up 62-55 with 4:04 remaining.

“Huge and we kept adding to it,” Hansen said of her shots. “We knew what we needed to do at that point.”

McNeese was able to salt the win away after that with free throws and defense.

“I was excited to play back here,” said Hamilton. “I got to see a lot of friends and family. We were close to winning it too.”

But in the end the good Cowgirls finished things off when they had to.