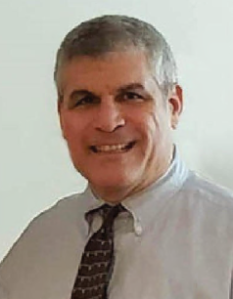 David Mitchell Goldman, 56, of Lake Charles, passed away Friday, Jan. 6, 2023, unexpectedly in his home.
Mr. Goldman was born in Staten Island, N.Y., and lived most of his life in New York. He was graduate of White Plains High School in New York where he enjoyed Cross Country Track and singing in the choir and was awarded his Eagle Scout Rank at a Court of Honor Ceremony. He obtained a bachelor’s degree in Sociology at University of Georgia. Following graduation, he obtained his commerical pilot license and began his career as a pilot with Continental Express. Mr. Goldman carried passengers safely to their destinations for over twenty-five years, primarily with Express Jet and in 2021 accepted an offer with CommutAir as Senior Manager of Flight Standards. He loved “all things planes,” spending most of his downtime watching airplane videos. His greatest accomplishment was being a father. His greatest joy was hanging out and spending time with his children. He also enjoyed spending time with family and friends. Mr. Goldman was an admirable man of family and friends. He will be most remembered for his ability to always remember at least one thing about everyone he met. He often remembered their hobbies, their kids’ hobbies, colleges, special interest and recognized the best characteristic of others.
He leaves to cherish his memory, his wife, Tina Sue Donaldson – Goldman of Lake Charles; mother, Frances Lazarus Goldman of Bonita Springs, FL; three sons, Samuel Caleb Goldman, Matthew Ben Goldman and Jonathan Lior Goldman, all of Lake Charles; one daughter of heart, Abiah Renee Donaldson of Lake Charles. He also leaves his sister and brother-in-law of Ossining, N.Y.; and his very best friend, Richard Schimmel and wife Angela of The Woodlands, Texas.
He was preceded in death by his father, Allan Stephen Goldman.
Graveside service will be at 1 p.m. Wednesday, Jan. 11, 2023, at Hebrew Rest of Graceland Cemetery, 2023 Broad St., Lake Charles, LA 70601. Rabbi Peratz Kazen will officiate.
Donations in his memory may be made to the American Heart Association at www.heart.org/en/affiliates/louisiana. Memorial donations in honor of his father may be made to the Alzheimer’s Association at www.alz.org/loui siana.
Words of comfort to his family may be expressed at www.johnsonfuneralhome.net.