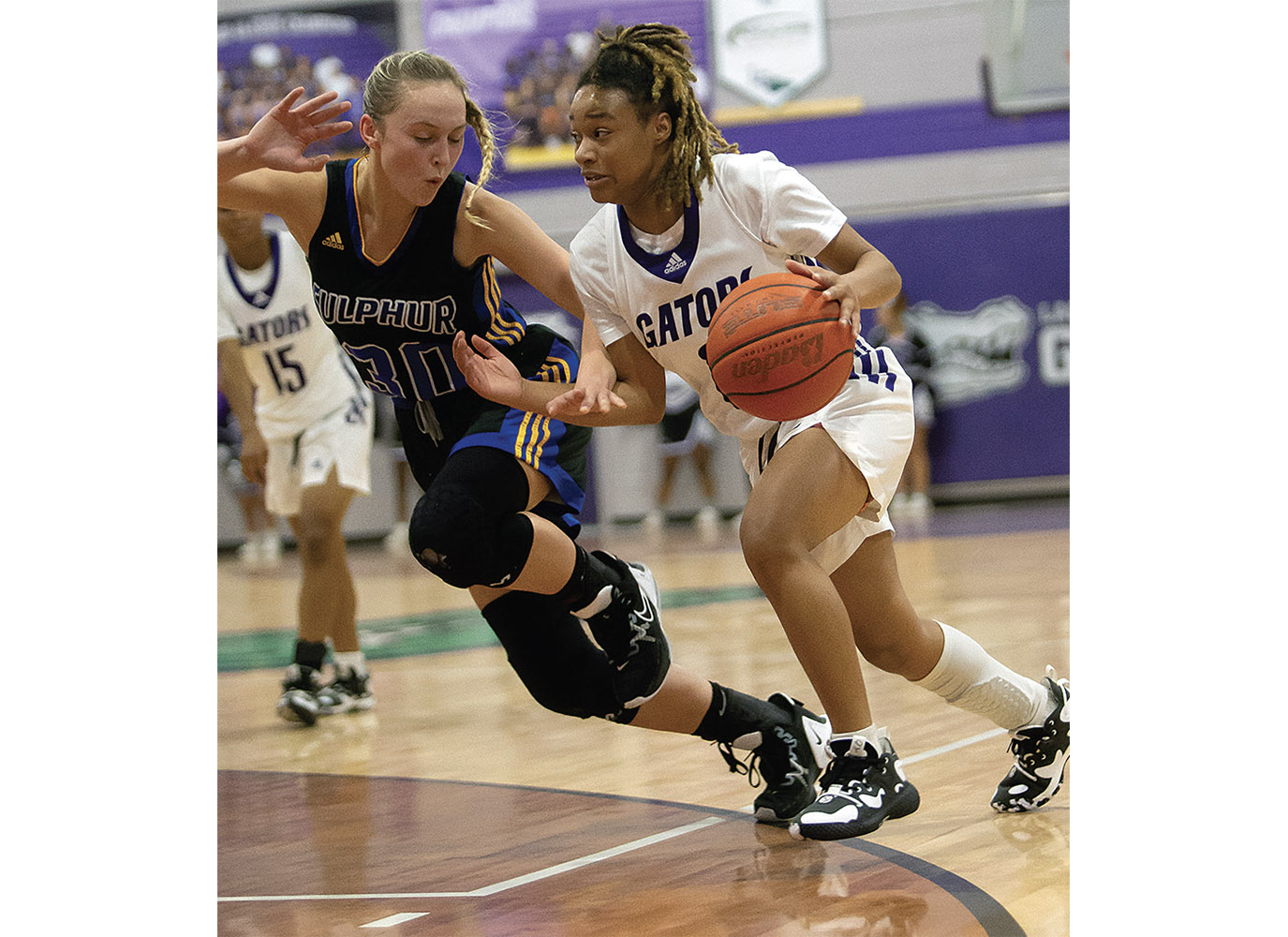 LaGrange scored the final seven points to escape with a 34-33 nondistrict win over Sulphur Tuesday night in a high school girls basketball game.

Emma Thomson and Aleigh Coleman sparked the Tors run. Coleman made two free throws to give the Tors a 27-25 lead, then scored off a Thomson assist on the next possession. Thomson scored a basket and had another assist, this time to Saige Martin, to give the Tors a 33-27 lead with 3 minutes left.

Martin’s basket was the Tors’ last of the game as the Gators defense closed the game with six consecutive stops. Four of those Sulphur possessions ended in turnovers, three on steals by Keniya Jerro.

A Sydney Golden 3-pointer put the Gators within three and Kylei Leblanc scored the final four points to put the Gators ahead, including the go-ahead basket with 1:07 left.

The Tors had a chance to steal the game in the final seconds, but their final shot rolled off the rim. The Gators secured the rebound and ran out the clock.

“We changed our press,” he said. “We were playing off-ball pressure.”

“She is so active and plays so hard and is one of our better ballhandlers,” Holmes said. “When she comes off the bench she has a chance to see how the game is flowing. She played hard.”

While Griffen sparked the Gators offense early, Jerro provided a boost on the defensive end late.

“She was frustrated with herself after turning the ball over,” Holmes said. “We told her it was going to be all right and to take one possession at a time. She reads the game well. We started putting pressure on the ball and she was able to read the next pass. The defenders on the ball did their job and made them erratic, then we got lucky with their last shot.”

Griffen and AlaJsa Walker led LaGrange with seven points each.