US Treasury awards La. up to $114M to support small business growth 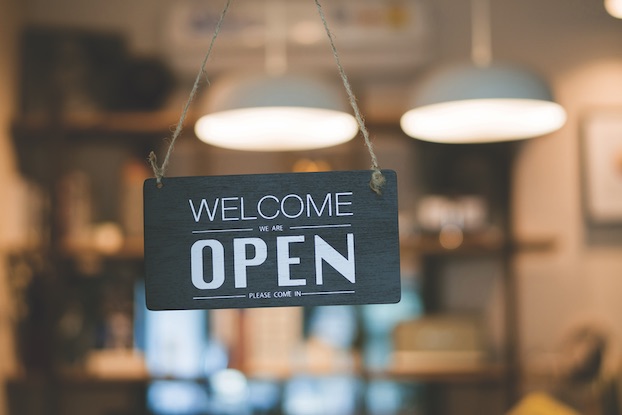 The  U.S Treasury announced it has approved Louisiana’s application for up to $113 million in federal support for small business owners and entrepreneurs as part of the $10 billion State Small Business Credit Initiative.

SSBCI was first established in 2010 as a way for the federal government to help states support small businesses that were creditworthy but unable to access capital they need to expand and create jobs. The American Rescue Plan Act of 2021 reauthorized and expanded SSBCI to promote entrepreneurship, especially in traditionally underserved communities as they emerge from the pandemic.

“This award of up to $113 million is significant news for our entrepreneurs and small business owners in Louisiana, especially in communities that have historically struggled to attract business capital and investment,” Gov. John Bel Edwards said. “Small businesses have long been the backbone of our economy in Louisiana, and they bore some of the most challenging economic burdens since the onset of the COVID-19 pandemic. This program will put substantial federal funding into capital programs for small businesses and entrepreneurs most in need of support in our state.”

Louisiana’s allocation is nearly nine times larger than the $13.2 million it received in the 2010 initiative. The bulk of the $113 million – up to $91.5 million – is allocated to the venture capital and seed programs. Disbursement of the full amount is dependent on hitting federal funding benchmarks for very small businesses (VSBs) and socially and economically disadvantaged individuals (SEDIs) whose access to capital may have been limited in the past.

“This is a historic investment in entrepreneurship, small business growth and innovation through the American Rescue Plan that will help reduce barriers to capital access for traditionally underserved communities,” Secretary of the Treasury Janet L. Yellen said. “I’m excited to see how SSBCI funds will promote equitable economic growth in Louisiana and across the country.”

By working through established LED programs whose rules were developed earlier this year to comply with SSBCI guidelines, the state hopes it can get federal dollars into the hands of Louisiana business owners and entrepreneurs as efficiently as possible.

“This major award of federal dollars should prime the pump for a surge in small business investment across Louisiana, with a special focus on our underserved communities,” LED Secretary Don Pierson said. “LED looks forward to supporting our banks, financial institutions and the networks that support start-ups and facilitate small business investments. This new capital will also provide participating lenders with flexible funds for disbursement to socially and economically disadvantaged individuals. In partnership with the U.S. Treasury, Louisiana now has opportunities through SSBCI funding that are indeed very significant.”

Like the initial round of SSBCI, which concluded in 2017, the American Rescue Plan Act of 2021 has authorized the new initiative for seven additional years. Approval of Louisiana’s allocation is an important but early step. The process of qualifying and opting in as a participating provider will be ongoing for several months; the same is true of application processes, which vary by program, fund and lender, and may evolve over time.

All of the latest developments about the program – including eligibility criteria, rules, application FAQs and provider contact info that will be updated as new providers opt into the program – can be viewed at LouisianaSSBCI.com.

“We feel it is important to think of this new round of SSBCI funding as a marathon, not a sprint,” said LED Assistant Secretary Brenda Guess, who is directing the state’s SSBCI administrative efforts. “LED has collaborated for the past year with federal, public and private partners committed to maximizing its impact, and much work remains to be done. We encourage small business owners, and prospective new ones, to fully explore SSBCI’s benefits and take advantage of the once-in-a-generation opportunity it represents.”