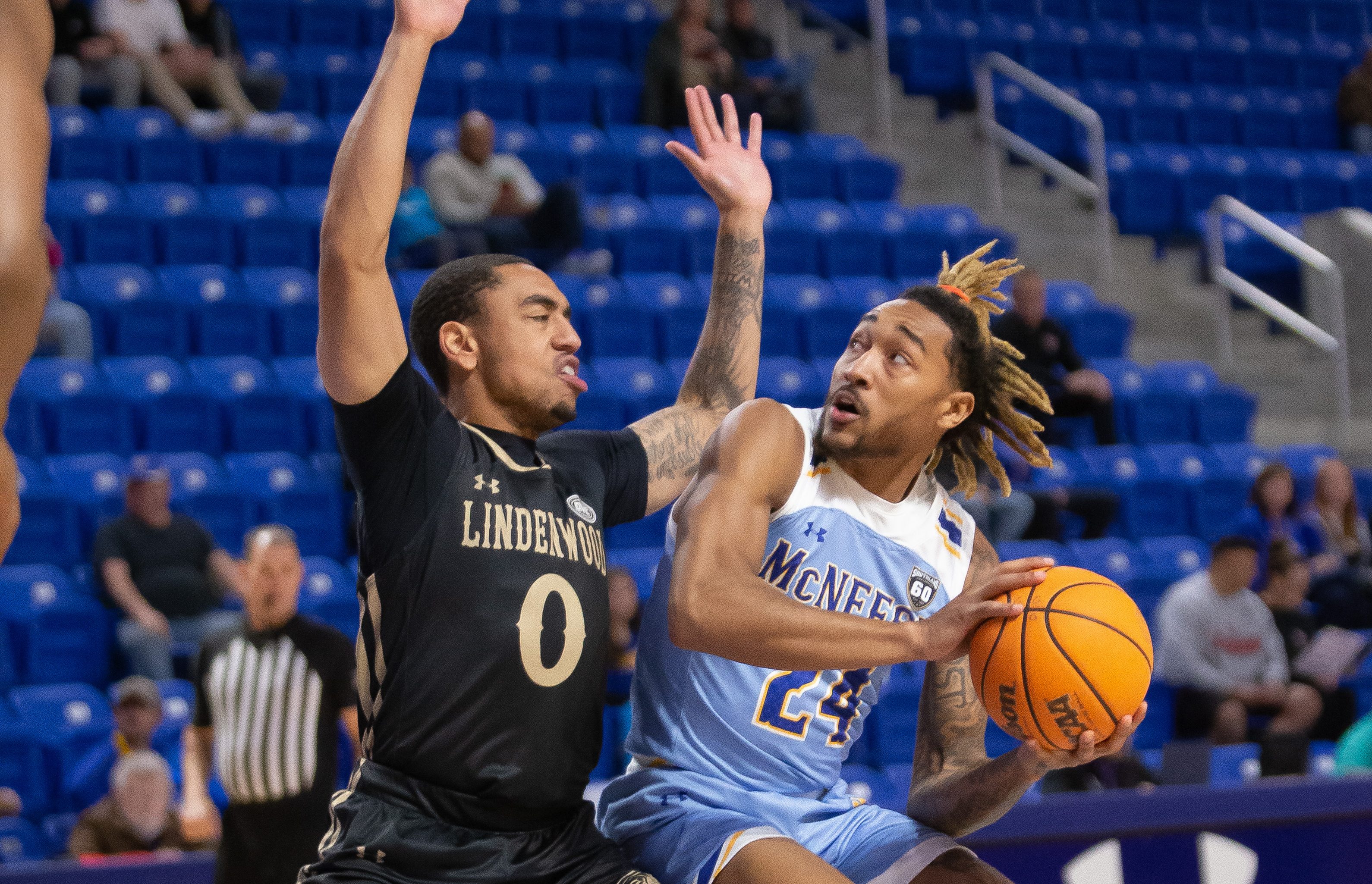 Finding some relief from a tough schedule, the Cowboys hoped to get well against some overmatched visitors.

With nearly an equal number of players on the bench in their warmups, McNeese State was limited to just nine players Monday night inside the Legacy Center.

Those proved more than enough, as the Pokes outgunned NAIA Ecclesia College 103-68.

The victory won’t count on the Cowboy record, as it had to be rescheduled as an exhibition game after the Southland Conference had the late summer expansion.

That, along with the mid-major multi team event McNeese hosted earlier in the season had the Pokes at the NCAA limit for scheduled games. Thus last night’s numbers won’t go in any record books.

Still, it was a game needed for a McNeese team that has struggled early, getting off to a 2-6 start and hasn’t been at full strength for over two weeks with injuries and the flu.

“These types of games are tough because you want to play them as hard but they are just exhibitions,” said McNeese head coach John Aiken.

Harwin Francois and Christian Shumate led the Cowboys with 19 points each. Zach Scott added 18 and Johnathan Massie finished with 16 as the Cowboys rolled in the second half.

The Pokes also made 16 of 22 free throws, another problem spot in the early going.

The Cowboys led 49-38 at halftime but Aiken wasn’t happy with the defense. He sent that message clear in the second half, performing mass substitutions after the Pokes had breakdowns on that end of the floor.

“I don’t think we looked good in the first half, especially on defense,” said Aiken. “Every time the group got scored upon I changed them all out after halftime.

“It has to hurt us more when we get scored on. That was the point I tried to make. I think they responded well to it.”

After giving up 53 percent shooting in the first half, McNeese held the Royals to just 28% in the second half.

As for the offense, Aiken was happy to see the 17 made threes.

“To see the 3s going in today was good,” said Aiken. “We will have to shoot the ball better coming up.”

McNeese will be back on the road this weekend when the Cowboys travel to Northern Iowa on Friday night. The Pokes will then play their third nationally-ranked foe on Sunday when they play at No. 20 Iowa State.

If you think that is tough, after a home game next week against Louisiana-Lafayette, McNeese will travel to No. 1 Houston for a showdown with the Cougars on Dec. 21.

So you can excuse them if they celebrate Monday night’s win even if it isn’t one for the books. 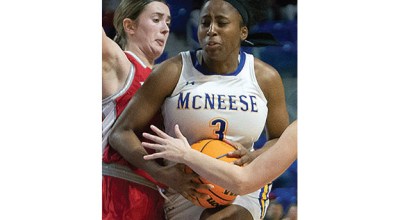 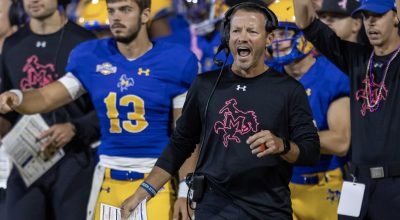