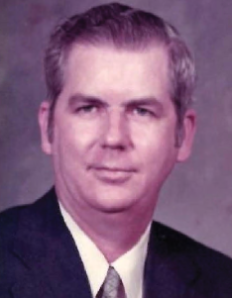 JENNINGS – Arlen Wayne Hanchey, 90, of Jennings, La., peacefully entered into heavenly rest in the early hours of Wednesday, Nov. 30, at Harbor Hospice in Lake Charles. Dr. Hanchey was a retired dentist whose career spanned more than four decades in Lake Charles, Sulphur, Jennings, and Iota.
Arlen was born on Jan. 14, 1932, in DeRidder, La., the first of six children born to Louis and Goldie Hanchey. He graduated from Merryville High School, received his bachelors degree from McNeese State University, and earned his Doctor of Dental Surgery degree from Loyola University in New Orleans. His compassionate care for his patients was a trademark of his professional career and reflected his genuine concern for others throughout his life.
He is predeceased by his wife, Rose Alice Hall Hanchey; his parents, Louis and Goldie Hanchey of DeRidder; brothers-in-law, William N. Cox and John A. Niel, both of Lake Charles; and a great-niece, Tyler Niel.
Left to cherish his memory are his sisters, Elaine Cox of Lake Charles, Eldene Niel of Lafayette (formerly of Lake Charles), and Willene Marsalise and Lee of DeRidder; his brothers, William J. Hanchey and Sharon of Uniontown, Ohio, and Reggie Hanchey and Mary Celia of Ruston, La. He is also survived by ten nieces, ten nephews, and a host of their children, and grandchildren who loved their Uncle Arlen.
Dr. Hanchey was a living example of Christian faith and was a long-time member of First Baptist Church in Jennings. He will be remembered for his remarkable sense of humor, patience, and kindness. He loved music and enjoyed playing guitar, adding his talent to the Goldennaires Band during his retirement.
A celebration of his life will be held at First Baptist Church in Jennings at 11 a.m. on Monday, Dec. 5, 2022. Visitation will begin at the Church at 10 a.m. Monday morning until the time of service.
Burial will follow at Cooper Cemetery west of DeRidder, La.