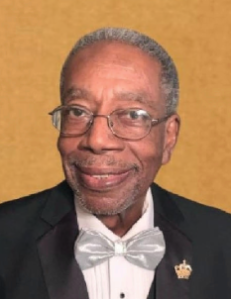 Johnnie Allen Mouton was born on Oct. 2, 1944, to the union of John Mouton and Jeannette Lena Johnson Mouton. He transitioned peacefully on Sunday, Nov. 27, 2022, at Lake Charles Memorial Hospital in Lake Charles, Louisiana, with his devoted wife, Annie, at his bedside.
Johnnie completed his primary education at First Ward Colored Elementary School and is a graduate of the class of 1962, W.O. Boston High School in Lake Charles, La. After high school, Johnnie matriculated at McNeese State University and Grambling College of Louisiana (now Grambling State University) where he earned a Bachelor of Science Degree in Elementary Education in 1966. He continued his education at McNeese State University by earning a Master’s Degree in Education Administration and Supervision in 1969. Johnnie received his Master’s Plus 30 Degree from McNeese State University in 1986.
After completing his Bachelor’s Degree at Grambling, he accepted a Math and Science teaching position at Mossville High School in Mossville, Louisiana. Johnnie also taught at LaGrange Middle School, Reynaud Middle School, S. J. Welch Middle School, and Ray D. Molo Magnet Middle School. While teaching at Molo, Johnnie was promoted to Assistant Principal and Principal of Ray D. Molo Middle Magnet School. In 1999, he was named the Calcasieu Parish Middle School Principal of the Year and Louisiana Region III Middle School Principal of the Year.
In 1985 Johnnie was asked to assist with the City of Lake Charles Summer Food Service Program as a part time employee during the summer. He faithfully worked every summer from 1985 to 2020 and eventually oversaw the administration of the program.
Through his teaching assignment at Mossville High School, he met Annie L. Lewis, and after a beautiful courtship, they were married on July 26, 1975. Annie and Johnnie were blessed to enjoy 47 years of matrimony. To this union one son, John Van-Caldwell Mouton, was born.
He is a 1964 initiate of the Delta Sigma Chapter of Alpha Phi Alpha Fraternity, Inc. at Grambling State College of Louisiana. After graduation, he became an active member of the Zeta Psi Lambda chapter of Alpha Phi Alpha Fraternity, Incorporated where he became a life member.
Johnnie served as the Chairman of the Board for the Calcasieu Teachers and Employees Credit Union from 1994 until the time of his death. Johnnie will best be remembered as a loving husband, father, brother, uncle, friend, and educator to his family members and many associates in the community in which he served.
He leaves to cherish his memory, his loving wife of 47 years, Annie; his son, John V. Mouton of Lafayette, La.; sisters-in-law, Ivy P. Mouton of Lake Charles, La., Cora L. Calahan of Jonesboro, La., and Marion L. Bradford of Carrollton, Texas. He is also survived by one niece, Avonda Mouton Commodore (Marius) of New Orleans, La.; two nephews, Thomas Rodney Bradford (Sharonda) of Lancaster, Texas, and Landon R. Calahan of Jonesboro, La.; and one goddaughter, Tonya R. Taylor (James) of Houston, Texas. He was preceded in death by his parents, John and Jeannette Johnson Mouton; his brother, Alfread G. Mouton; his sister, Autoria Mouton; and niece, Xanthia C. Weatherall.
Visitation will be Saturday, Dec. 3, 2022, from 12 p.m. to 2 p.m. in Mount Calvary Baptist Church. Funeral service will be Saturday, Dec. 3, 2022, at 2 p.m. in Mount Calvary Baptist Church. Burial will be in Consolata Cemetery under the direction of Combre Funeral Home.
Words of comfort may be shared at www.combrefuneralhome.com.