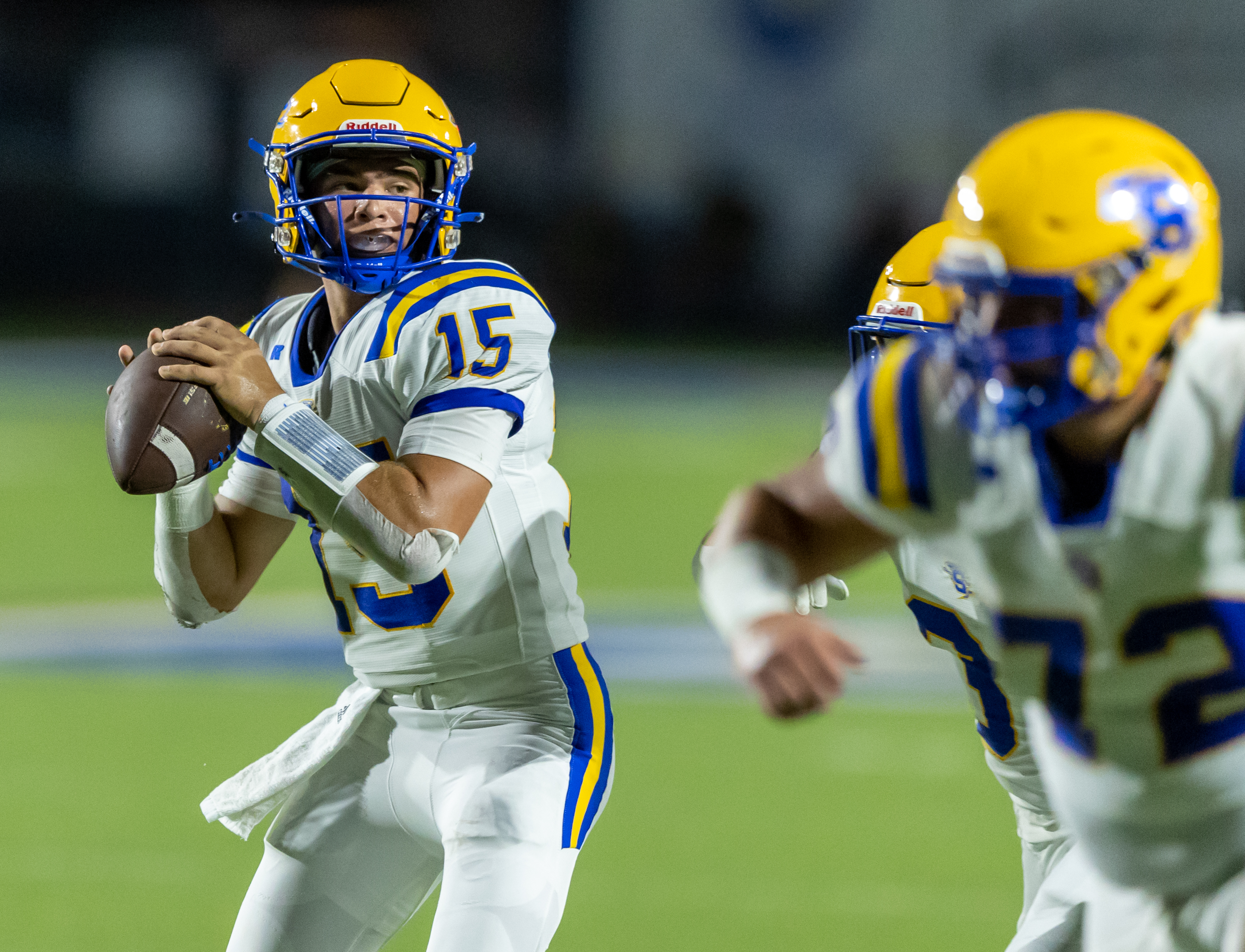 Sulphur’s Gage Trahan looks to throw to the corner for a touchdown early in the second quarter against Washington-Marion at Matt Walker Stadium on Thursday, September 1, 2022. (Kirk Meche / American Press)

Chris Towery announced in a social media post Tuesday night that he would not return for the 2023 season.

Towery went 11-15 in three seasons with an appearance in the 2021 Class 5A playoffs.

Jennings and Oberlin are looking for new coaches after the retirement of Rusty Phelps and Durell Peloquin, respectively.

Phelps was the longest-tenured area coach after 28 seasons leading the Bulldogs. He finished with a career 214-146 record, including 33-28 in the playoffs and a run to the Class 3A final in 2019.

Peloquin led the Tigers for seven seasons. He went 57-26, winning at least one playoff game each season with his best in 2019 when Oberlin went 13-1 and reached the Class 1A semifinals.

Also looking for a head coach are LaGrange, Vinton and Pickering.

Marrico Wilson went 5-34 in four seasons at LaGrange, including a bi-district playoff appearance in 2019. Lark Hebert was 4-21 in three seasons at Vinton, while Jared Underwood went 0-20 in two seasons at Pickering.