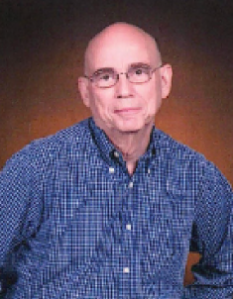 Gordon Ellender Steen Jr. was born Dec. 30, 1941 and died Nov. 29, 2022. “Sonny,” as he was known to family and friends, was preceded in death by his parents, Gordon and Nina Mae Steen.
He is survived by his wife of 55 years, Joyce Steen; his brother, Don Steen and wife, Pamela Kay Steen of Grandbury, Texas; his sister, Gaynel Shawa and her husband Raymond of Columbus, Ga.; his daughter, Melinda Brown and husband Mark of Moss Bluff; his son, Eric Steen and wife Karen of Lake Charles; four grandchildren, Madeline Claire Brown, Cooper Gordon Steen, Brandon Joseph Lecompte, and Caleb James Lecompte; and one cousin, JoAnn McCollister Pope of Gilbert, Ariz.
Sonny started his career as a math professor at Southeastern Louisiana University and then entered the banking industry at Guaranty National Bank in Hammond, LA. He went on to retire as Senior Executive Vice President of Operations at Calcasieu Marine National Bank in Lake Charles. During retirement he taught math at McNeese State University and Hamilton Christian Academy. His final career stop was at Trinity Baptist Church as financial director. Sonny was a member of Trinity Baptist Church where he sang in the choir and taught fourth grade boys Sunday School. He also served as deacon and went on ten medical mission trips to Africa. He loved traveling and watching McNeese State football and basketball.
His greatest love was for his Lord and Savior Jesus Christ. He never feared sharing his faith. He went every Sunday evening to church visitation. He and Ed Grimshaw shared with people who expressed an interest in Trinity Baptist Church.
Sonny’s funeral service will be held at 2 p.m. on Thursday, Dec. 1, 2022 in the Johnson Funeral Home Chapel, located at 4321 Lake Street. Burial will follow in Highland Memory Garden Cemetery under the direction of Johnson Funeral Home. Visitation will be at the funeral home on Thursday from 11 a.m. until the start of the service at 2 p.m.
Words of comfort to the family may be expressed at www.johnsonfuneralhome.net.