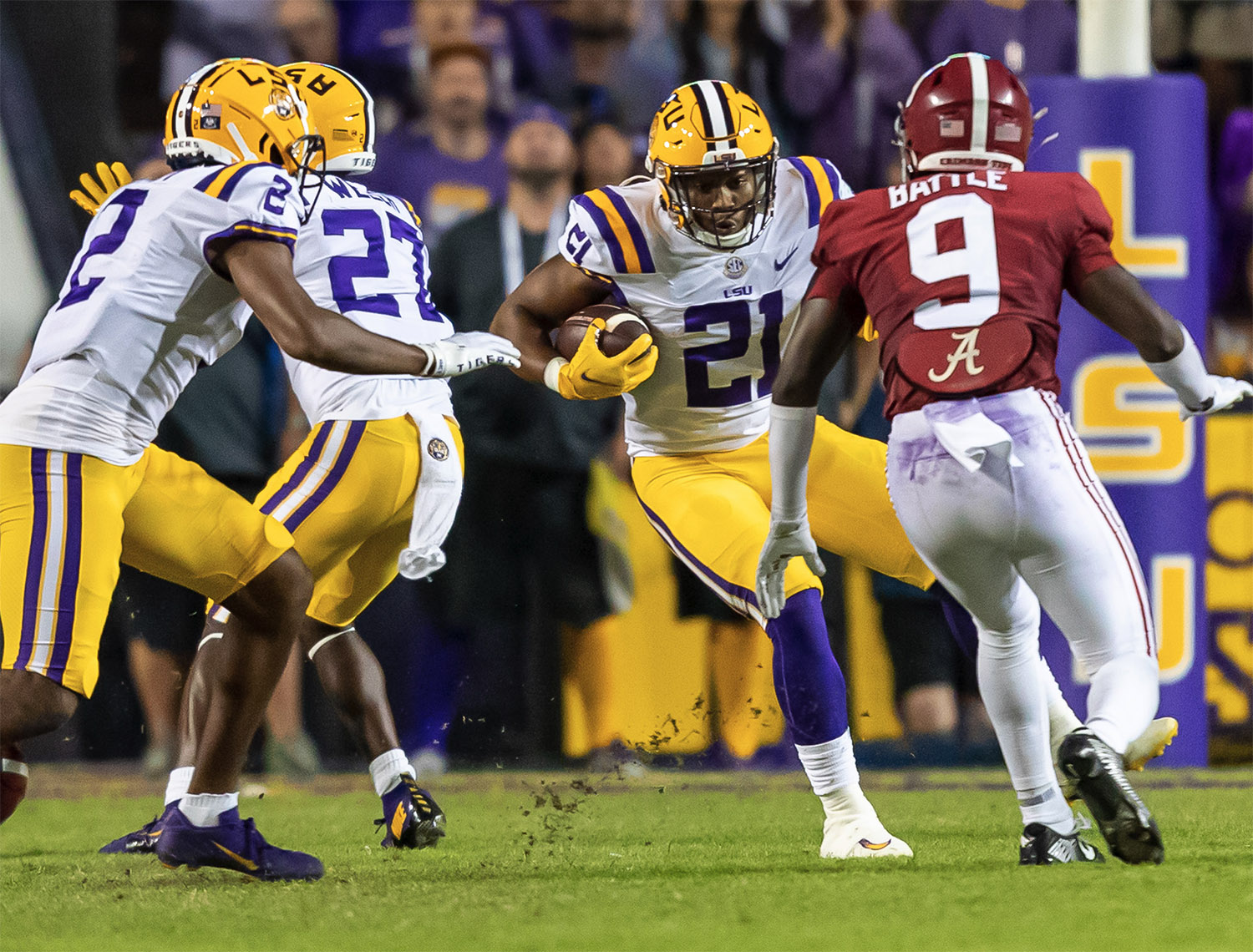 LSU Tigers running back Noah Cain (21) returns a kick against Alabama during a Southeastern Conference game at Tiger Stadium earlier this year. LSU beat Alabama 32-31 in overtime and is hoping for similar success Saturday when they meet Georgia in the SEC championship game. (Dennis Babineaux/Special to the American Press)

Obviously there was a glitch in LSU’s overall plan leading up to the Tigers’ surprising appearance in the SEC Championship game against Georgia.

Texas A&M 38, LSU 23 happened, an upset that ended the Tigers’ outside chance of sneaking into College Football Playoff with their own upset of the No. 1-ranked Bulldogs Saturday in Atlanta.

So how do the Tigers react?

It probably comes down to if the shocker in College Station ticked off the Tigers enough to take it out on the best team they’ll play this year or if the letdown is too much to overcome.

Head coach Brian Kelly is betting on the first option.

“The least concern I have is a letdown,” Kelly said Monday. “We didn’t play to our standards (against A&M). Our guys know it and they care about that.

“You can sense it. They know that they let something slip away and they’re upset about it. They took it hard after the game. They care. They really want to make sure that something like that doesn’t happen again.”

That includes a 2-1 record against Georgia, most recently a 37-10 win in 2019 en route to the national championship.

That carrot for the playoffs is no longer an option, but the lure of an SEC championship should be enough, Kelly said.

“That’s what you’re playing for,” Kelly said. “It’s hard to win SEC championships.It’s so hard. It’s exciting. We feel like we’ve earned the opportunity to be here.”

First, of course, LSU will have to put the shocking Texas A&M loss behind them, a performance he called “uncharacterstic.”

“We’ve played with ‘traits’ over talent all year,” he said. “Some of those traits were not there (at Texas A&M) as much. Playing smart, great attention to detail. Some of the focus that’s necessary … for some reason those things weren’t in place. We have to play with those traits.”

Last week’s frustration at Texas A&M, Kelly said, showed just what a fine line it is between winning and losing in the SEC.

The Tigers have talent, he acknowleged, but you have to combine it with those traits.

“Unfortunately it’s one of those lessons that has to be learned in terms of how you prepare each and every week.

“Our talent has to show as well (but) the real success of this team has been the ability to rely on talent and traits.

“I think they’re anxious to go back out there up to their standard. And that’s the way I feel they will play.” 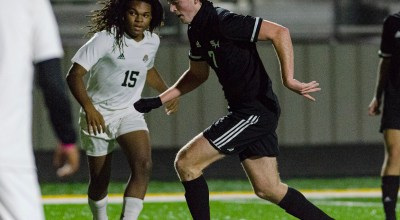 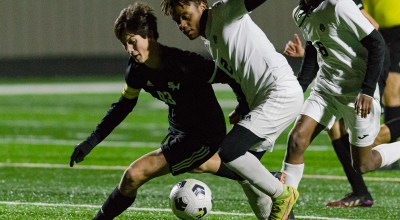