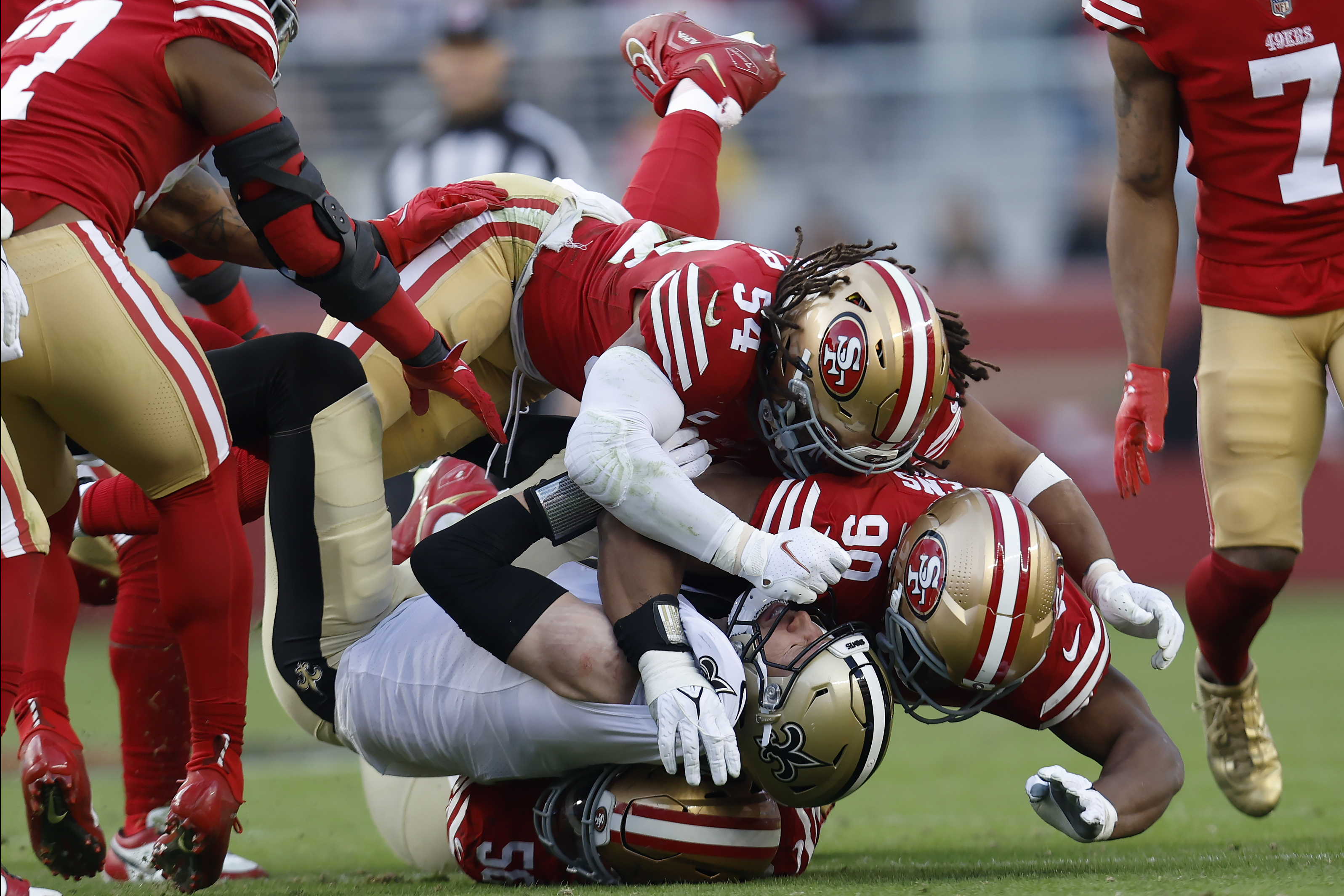 By The Associated Press

The Niners (7-4) set the tone on defense from the opening drive, when Fred Warner forced a fumble by Kamara that he recovered, and they didn’t let up from there.

They stopped the Saints (4-8) near the goal line twice in the second half — including another fumble by Kamara to post their first shutout since beating Washington 9-0 on Oct. 20, 2019.

New Orleans had the longest active scoring streak and fourth longest in NFL history at 332 games since being blanked by San Francisco in the 2001 finale.

Jimmy Garoppolo threw for 222 yards and a touchdown, and San Francisco won on a day when the offense wasn’t clicking and the running game was bottled up.

The Niners came into the game having not allowed a point in the second half in three straight games but wanted to deliver a dominant 60-minute performance on defense.

They pulled off that feat and haven’t allowed a point in more than 94 minutes of game action. They are also the fifth team since 1991 to go four straight games without allowing a second-half point.

Andy Dalton threw for 204 yards and the Saints were held to just 63 on the ground.

Wil Lutz missed a 48-yard field goal attempt in the third quarter after Ryan Ramczyk committed a false start when the Saints attempted to go for it on fourth-and-5.

Kamara then fumbled again near the goal line on a wild play in the fourth quarter. Talanoa Hufanga knocked it loose and Juwan Johnson nearly caught it in the end zone for a Saints touchdown.

But the ball squirted loose after Johnson was hit by Hassan Ridgeway, and Dre Greenlaw recovered at the 1 to keep the Saints off the scoreboard.

San Francisco then stopped the Saints after a first-and-goal from the 4 when Nick Bosa sacked Dalton on fourth down.

The Niners came out passing for a second straight week, with Garoppolo throwing a career-high 28 passes in the first half — the most by a 49ers QB in a first half in 13 years.

But it didn’t lead to much scoring with San Francisco settling for a field goal on the opening drive and then scoring on a 5-yard TD pass from Garoppolo to Jauan Jennings with 13 seconds left in the half.

During one third-quarter drive for the 49ers, officials called penalties on four straight plays. An interception by Garoppolo was negated by an illegal contact penalty on Chris Harris Jr. to start the barrage of flags.

San Francisco center Jake Brendel was then called for holding on the next play, followed by a roughing the passer on Malcolm Roach and an illegal shift on Kyle Juszczyk.

Saints: CB P.J. Williams (knee) got hurt in the first half.