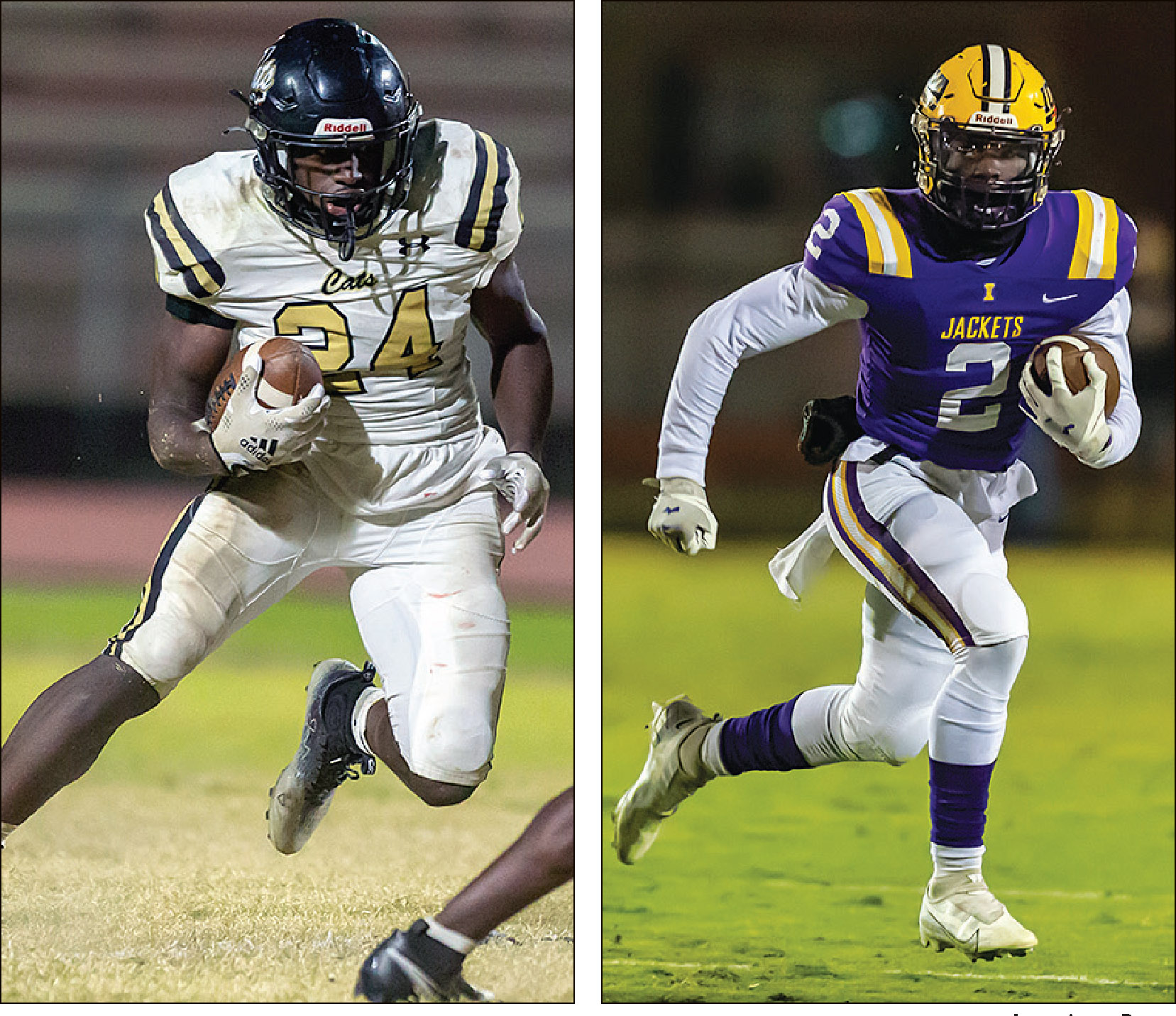 Advancing is always the top priority in the playoffs, but the Iowa Yellow Jackets will get the added bonus of avenging their lone regular-season loss if they can win at Leesville tonight.

Last week Iowa survived a 17-14 upset bid by No. 17 Abbeville, while Leesville rallied from an early deficit to beat No. 25 Jennings 21-7.

Wampus Cats running back Xavier Ford, who has run for 2,581 yards and 34 touchdowns, has run for more than 100 yards in every game this season, including 178 yards and two touchdowns last week.

Iowa has its own workhorse in Ronald Young, who has run for 1,542 yards and 18 touchdowns, including 106 yards and a touchdown last week.

“Just watching the film, we had a lot of new faces in that game,” Johns said. “We’re a lot different now, but so are they. They’ve grown too and have gotten better. It is going to be another challenge, just like in Week 3.”

Johns said his team will have to play better on both sides of the ball to reverse the result.

“They ran the ball really well,” he said. “At times we did some really good things, at other times, not so much. They’re going to rely on Ford; he averages 30, 35 carries per game. If he gets going he is a load to stop.

“Part of the problem in the first game is that we struggled to move the football and had to play a lot of defense that night. We made some changes after that game, both offensively and defensively, that I think helped us moving forward.”

“What helped us last week is that had some close ones in district, all the games were close,” he said. “We beat Lake Charles College Prep by a point. Against St. Louis, we got them at the end. Even the Cecilia game (a nondistrict game in Week 10), we pulled away at the end.”