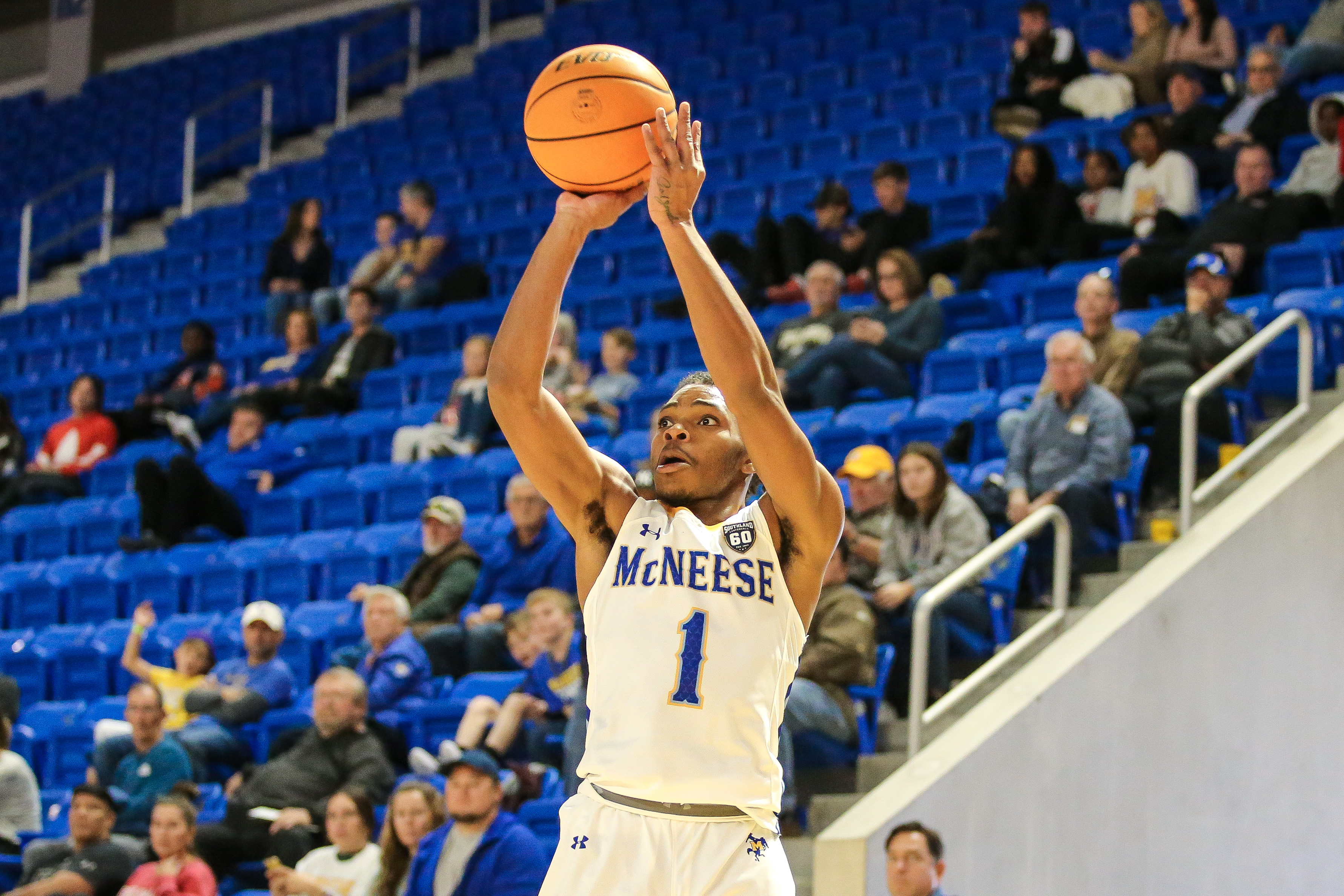 What a difference a trey makes.

Or was it Trae?

After two days of getting beaten by 3-point shots, the Cowboys found their own trey-maker in Trae English.

The 6-foot guard fueled a McNeese State shooting barrage that salvaged a win during the weekend’s multi-team event in the Legacy Center.

The Cowboys knocked off rival Lamar 66-57 in the event’s finale after being beaten badly in their first two games.

The difference was shooting, as Lamar missed 20 of its 24 3-point attempts after the two previous Cowboy foes had hit 50 percent (25-50).

The victory snapped a 3-game losing skid for McNeese, which improved to 2-3. The game was feisty  game that featured five technical fouls and more than a few verbal exchanges.

“This is a big rivalry game,” said McNeese swingman Johnathan Massie. “We met force with force.”

English was the difference. His four 3s during a 1:12 span early in the second half gave the Cowboys breathing room. The sophomore sharpshooter was behind a 18-7 run McNeese grabbed a 47-33 lead with 13:16 remaining.

English finished hitting on 5 of 12 from behind the arc and led the Cowboys with 17 points. He also added three assists.

“This felt great,” said English. “My teammates trusted me and got me the ball where I could shoot it.”

But this game was won more on defense, where McNeese closed out better on the shooters. Lamar (3-3) made just one of its first 20 3-point tries before hitting 3 of 4 in garbage time.

“We were just trusting our zone and getting to their shooters,” said English.

But after taking the 16-point lead the Cowboys went cold, missing seven straight long-range shots as the Cardinals scored 10 straight to close the lead to 47-43 with 8:54 left.

The Pokes rallied back with a Rhylon Blackwell trey and two Massie free throws to help restore order with a 7-0 run.

“We responded better tonight,” said McNeese head coach John Aiken. “That was the most important game of the season so far. The weekend hadn’t played out like we wanted, but we had to get a win.”

As for beating a rival, Aiken said, “it’s always good to beat them.”

Massie and Blackwell each added 11 to the Cowboy attack while Christian Shumate was limited to just six points but grabbed a game-high 14 rebounds.

The Cowboys finished the night making 12 3-pointers, eight more than the Cardinals, good for a 24-point advantage.

The first half was a grind for both teams as McNeese slugged its way to a 26-24 lead at the break.

The two teams will play at least twice more this season. They are set to open Southland Conference play on New Year’s Even in Beaumont.