No. 1 Iowa back from week of rest, preparation 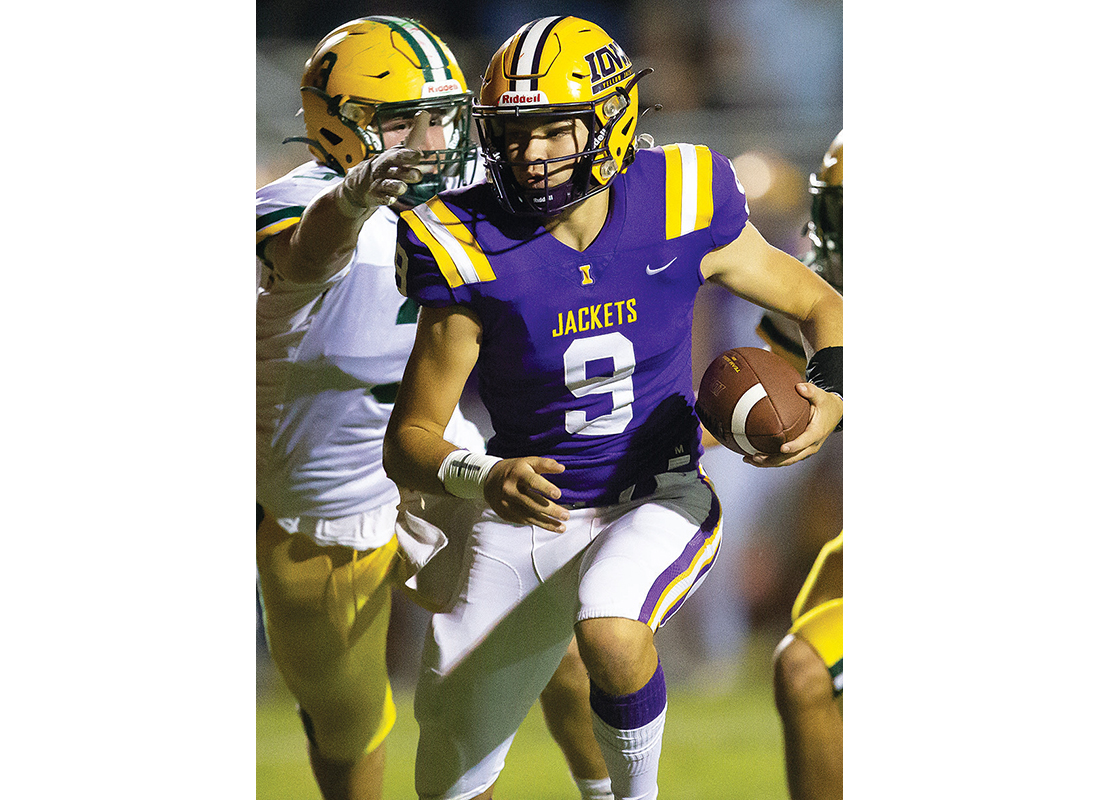 After a rare week off, the top-seeded Iowa Yellow Jackets will return to action tonight, hosting No. 17 Abbeville in a non-select Division II regional-round playoff game.

As a top-four seed, Iowa (9-1) had a bye in last week’s opening round. Head coach Tommy Johns said the team used the time to focus on themselves before scouting Abbeville (7-4) in its 36-14 win over No. 16 Brusly.

“It was rare for a high school, but I think it went well and the kids handled it well,” Johns said of the off week. “We were able to get some work in and got a lot done, worked on some things we needed to fix.”

“They are big up front and physical,” he said. “They are a ground-and-pound type of team. They’ve won for a reason, were a quarterfinal team last year and they play good playoff football. We are going to have our hands full.”

Johns said the Abbeville defense is a good one.

“Their front is big and can cause problems,” he said. “They are really active and they have guys with speed. They rotate guys in and out and there is no drop-off. They get to the ball quickly.”

“It’s my favorite time of the year and I think the kids like it too,” he said. “They deserve it and have worked all year and offseason to put themselves in a good position. I hope we can keep it going.”

The No. 25 Jennings Bulldogs (4-7) kept the career of retiring head coach Rusty Phelps going with a 28-25 road win over No. 8 Plaquemine last week. The win set up a rematch against No. 9 Leesville (9-2), which beat Jennings 25-7 in the regular-season opener.

Wampus Cats running back Xavier Ford kicked off his monstrous season with 161 yards and two touchdowns in that game. He has run for 2,403 yards and 32 touchdowns with a season-best 372 yards in last week’s win over Pearl River.

The Jennings tandem of Rejohn Zeno and Jamaric McZeal have combined for more than 1,700 yards and 17 touchdowns. The Bulldogs have won four of their last six games after starting the season with a five-game losing streak.