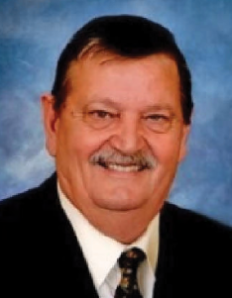 James “D.D.” Henry Albarado passed away with family by his side on Sunday, Nov. 13, 2022. He was an active member of Victory Baptist Church.
Raised in Cameron, La., James was a 1963 graduate of South Cameron High School. His love of sports shined as a high school letterman in football, basketball and track.
Upon graduation he worked for 2 years in the oil field with his dad to help support the family. At the young age of 20, he married his sweetheart, Nedith. They resided in Cameron, La., raising their children until moving to Grand Lake, La. In 1978. In 1987, the family moved to Lake Charles, La.
James worked as a welder for 20 years. He learned the trade of welding at Taylor Welding where he worked for many years. He then became an independent welder working throughout Cameron Parish and the surrounding areas. He built his father an aluminum oyster boat in the early years of Doxey’s Oyster House family business. He became a Supervisor with the City of Lake Charles Waste Water Division in 1989. He retired with 23 years of service to the city.
A great honor of his was being Grandmaster 3 different times during his 50 years in the Masonic Organization. His Masonic Brothers will honor James with a Masonic Burial Ceremony.
James had numerous hobbies throughout his life. During his early adulthood many hours were spent training and participating in Dog Trials with his Champion Yellow Lab “Barron.” Also, from the age of 15, his lifelong passion was raising pigeons. From Modena Show Pigeons to Racing Homing Pigeons, James could always be found in his pigeon loft. His love of pigeons brought him lifelong friendships he truly cherished.
One of the biggest joys in his life was watching his grandsons in their many sports activities. You could always hear PawPaw screaming “Go Boo!” from the stands. And any notation on social media was always “That’s my grandson. PawPaw is proud of you!”
He is preceded in death by his parents, Billy and Mary Lois Doxey, & Oran Albarado; his siblings; Bobby Joe Doxey, Sherman Albarado; and his sister-in-law, Bonita Doxey; and brother-in-law, Douglas Palmer.
Those left to cherish his memories are his wife of 57 years, Nedith Albarado; his children, Billy Joe Albarado and wife Alexis of Lake Charles, La., and Shelly Neff of New Orleans, La.; his grandchildren, Kristopher Albarado and wife Cecile of Covington, La., and Benjamin Neff of New Orleans, La.; his siblings, Mary Palmer of Andelusia, Ala., W.C. Doxey and wife Sandy of Magnolia, Ala., Davy Doxey of Cameron, La., Ruben Doxey of Cameron, La., Ronnie Albarado of Scott, La., and family members Laura Doxey of Lake Charles, La., Phyllis Doxey of Grand Lake, La., Bernella Albarado of Scott, La., and Spencer Neff of New Orleans, La.; along with many nieces and nephews.
Pallbearers will be Billy Joe Albarado, Kristopher Albarado, Spencer Neff, Brian Doxey, Marcus Doxey and Barrett Doxey.
James’ close friend, Brother Wayne Dartez of Victory Baptist Church, will officiate the funeral services.
The family will welcome the public for visitation at J. E. Hixson & Sons Funeral Home Friday, Nov. 18, 2022, from 10 a.m. until time of funeral services at 1 p.m. Interment will follow at Highland Memorial Gardens Cemetery.
Fond memories and expressions of sympathy may be shared at www.JEHixson.com for the Albarado family.