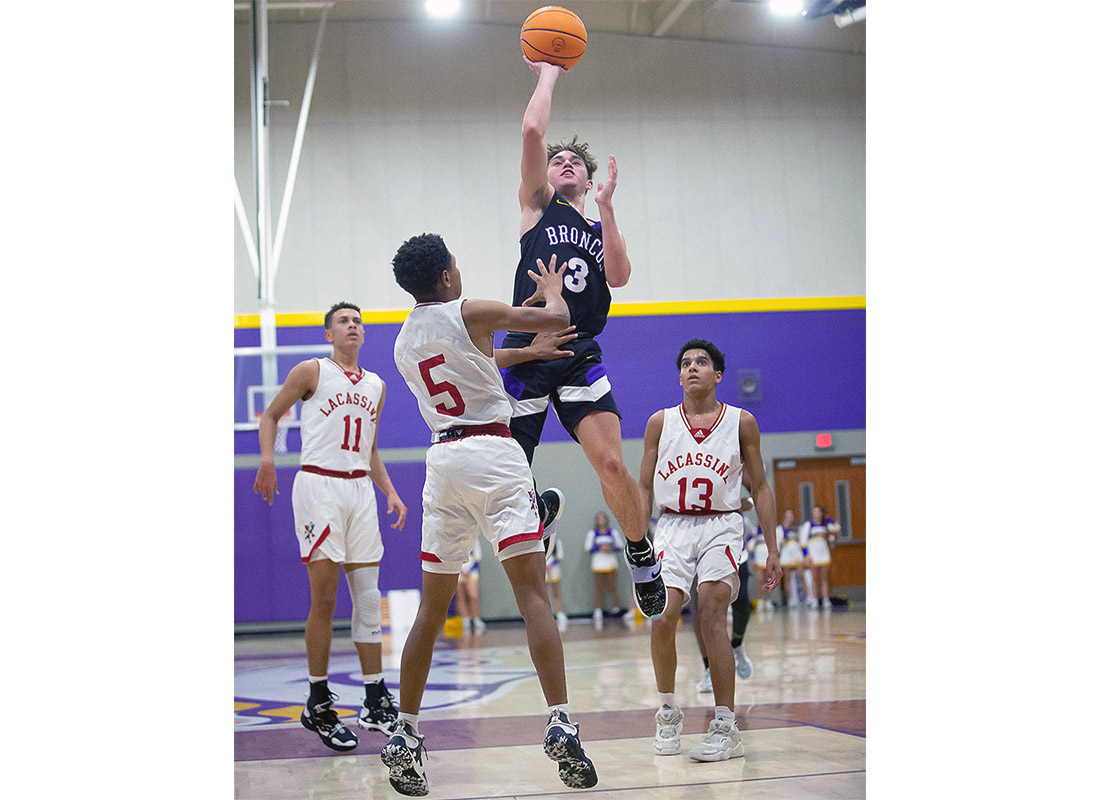 The Broncos (1-0) took the lead for good by scoring 10 consecutive points in the first quarter. The lead grew to 15 points at halftime and as many as 20 early in the third quarter.

“The pace was good in the first and second quarters,” Broncos head coach Rob Acord said. “We were able to push the ball down the sideline and get some easy baskets. That helped us pull away.”

Lacassine (5-3) recovered in the second half, using a 12-0 run to get back into striking distance.

“At halftime we said they were going to make a run,” Acord said. “They are a talented team. The biggest thing they did was lock in on defense and got some easy baskets that way. They also got some easy ones going to the basket.”

The Cardinals got within 58-56 with 2:31 left on a steal and layup by Alexx Thomas, but the Broncos scored the next eight points to put the game away. Broc Vines jump-started the late run with a 3-pointer.

“We went back to the pace, picked it up again and got a few baskets to put us over the top,” Acord said.

Brendon Guidroz led the Broncos with 19 points. Seth Ned added 14, all in the second half. Vines finished with 13 and Blaine Davey added 12.

Aaron Garcia led Lacassine with 21 points. Kane Broussard added 10 for the Cardinals. Garcia, a returning all-state guard, scored 15 in the second half to lead the Cardinals comeback.

Acord said his team showed it is willing to compete.

“We are young,” he said. “We started three sophomore tonight, but they will fight. They do not like to lose. They will compete every game and that is all we can ask for.”