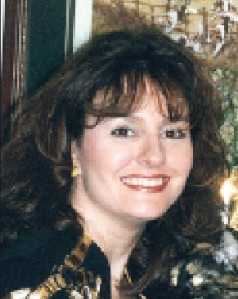 Mrs. Kitty Johnson passed away on Oct. 30, 2022 in Riyadh, Saudi Arabia. Kitty was a 1985 graduate of Barbe High School and attended Louisiana State University and McNeese State University. Kitty married Brian Johnson in March 1992 and embarked on a 20-year adventure as a military spouse. Their career took them to two assignments in Germany, an assignment at NATO’s military headquarters in Belgium and numerous assignments in the United States. During her husband’s career in the US Army, Kitty was actively involved in military family readiness issues, family support group forums and military community support projects and responsibilities.
After her husband’s retirement from the military, Kitty’s adventures continued when Brian accepted a job in Saudi Arabia. During their 10 years together in Saudi Arabia, Kitty pursued her passion for animal welfare issues. She was involved in caring for and finding homes for abandoned cats and dogs in Riyadh. She volunteered for a veterinarian in Riyadh and could be counted upon whenever an animal was in need. Brian and Kitty’s passion for wildlife conservation and welfare took them numerous times to Africa where they enjoyed safaris and volunteering on conservation projects. Kitty’s passion was cheetahs. She served as a volunteer on several rotations in Somaliland where she cared for cheetah cubs rescued from the illegal wildlife trade. Kitty also served as a volunteer on a predator research project in southern Kenya where she collected data on lions, leopards, cheetahs, and elephants in a private conservancy. Kitty was instrumental in the success of several charity fundraising challenges to raise funds for elephant conservation. She led the planning and marketing for conservation fundraising expeditions that successfully summited Mount Kilimanjaro in Tanzania, Mount Kenya in Kenya and Everest Base Camp in Nepal.
Kitty lived a life that looked like a mixture of the Travel Channel meets Animal Planet. She counted among her friends’ persons from around the world…she was a true global citizen. She and her husband traveled far and wide from Norway to South Africa and from Ireland to points east in Asia. Her infectious personality and ability to light up a room whenever she entered made an impact on everyone she met. Her love for Africa and its natural treasures took her to South Africa, Namibia, Somaliland, and numerous times to Kenya. She loved being in the African bush and spending time with the people and wildlife she loved so much. She was a co-founder of Champions4Wildlife, Inc., a registered non-profit organization committed to providing support to locally led conservation initiatives and served as the secretary and board member. She never tired of trying to make the world a better place.
Those left to share her memory are her parents, Jerry and Jackie (Snyder) Stephens; brother, Jeremy (Bucky) Stephens; her husband, Brian N. Johnson; mother-in-law, Kathleen Johnson and numerous aunts, uncles, and cousins. Additionally, she will be missed by her favorite dog Milo and their kitties Ellie, Dublin, Duma, Pippa, Maisy, Tinkerbell, Kiwi, Bugsy and Tusky. In lieu of flowers, Kitty would want her friends and family to make a donation in her honor to Save the Elephants at www.savetheelephants.org or Action for Cheetahs in Kenya at www.action forcheetahs.org.
Celebration of Life services will be held in Trinity Baptist Church, North Venue on Wednesday, Nov. 16, 2022 at 1 p.m. The Rev. Steve James, officiant under the direction of Johnson & Brown Funeral Home of Iowa. Gathering of friends and family will begin Tuesday, Nov. 15, 2022 from 4 p.m. until 8 p.m. in Trinity Baptist Church, North Venue and will resume Wednesday from 9 a.m. until the time of services at 1 p.m. Cremation has been entrusted to Johnson & Brown Funeral Home of Iowa.