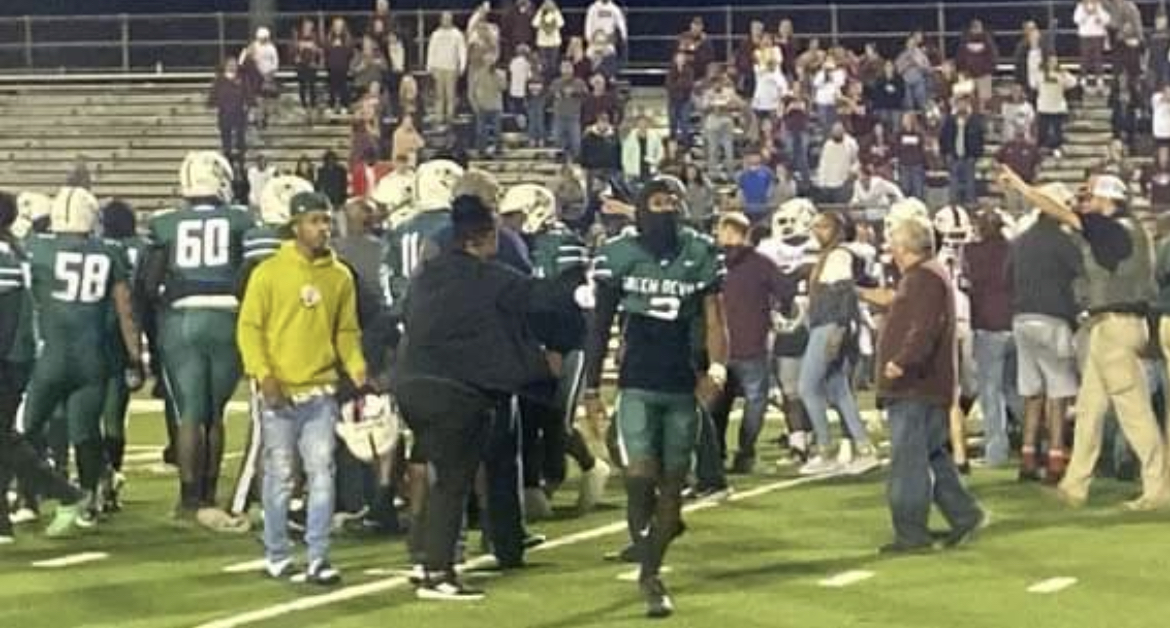 A postgame skirmish following the Jennings-Plaquemine football game Friday night is being investigated by both the Iberville Parish Sheriff’s Office and Louisiana High School Sport Association, according to Jefferson Davis Parish Superintendent of Schools John Hall.

“We are working with the Iberville Sheriff’s department and providing them with our video, our investigation and any evidence from the altercation. LHSAA is also actively investigating the attack on our player and our sideline staff. We have already contacted LHSAA about the incident and have been communicating with them daily and will continue to work hand in hand with them as we await any disciplinary action once their investigation is concluded. We anticipate criminal charges may be forthcoming.”

Hall said no further information will be released.

Jennings won the game, played in Plaquemine, by a score of 28-25 to extend the career of longtime head coach Rusty Phelps, who has announced he will retire following this season. Phelps has led the football program since 1995, making him the longest-tenured high school football head coach in Southwest Louisiana.