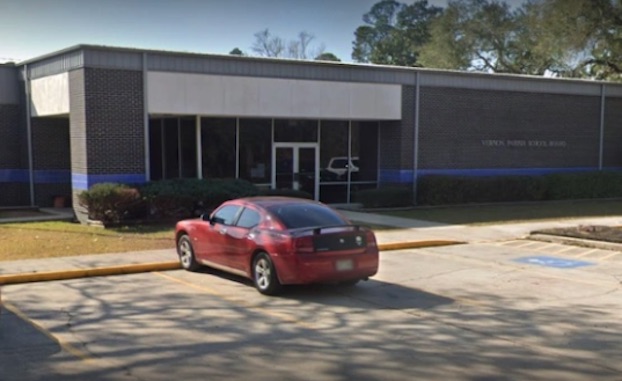 The Vernon Parish School Board office is located at 201 Belview Road in Leesville.

Several Vernon Parish School Board members were re-elected to their seats Tuesday night, according to unofficial results from the Secretary of State’s Office.

Robert Pynes Jr., Jim Seaman and Jackie Self will continue to serve District 1, and they will be joined by newly-elected members Kelly Kaiama-Goodwin and Rhonda Morrison when they take their seats next year.

Morrison won the highest number of votes for the district Tuesday night with 17 percent, or 1,721 of a total 10,399 votes cast. Goodwin was close behind with 16 percent, followed by Pynes with 14 percent. Seaman and Self each won 13 percent of votes. District 1 holds five seats on the school board panel.
Incumbent Angela “Angie” Davis won her seat with 55 percent of votes over opponent Sandra Cosio.

A runoff election will need to decide the District 3 seat as not one of the three candidates managed to secure a clear majority of votes. Todd Egan won 49 percent, a total of 701 votes, while Deidra Shell’s won 44 percent, or 632 votes. Candidate Mark Ward won 7 percent.

In District 5, incumbent Shad Stewart claimed victory over opponent Larry Miller with 62 percent of votes, or 730 votes, to Miller’s 452.

The closest victory of the night was in District 8 where Candace Smith Black secured a win with 52 percent of the votes. Black won 699 votes while opponent McDonald won 649 votes.

The vast majority of Vernon Parish voters also cast their vote in favor of John Kennedy in the U.S. Senate race. Kennedy ultimately claimed the seat by statewide voting.