Jim Beam column: What is outlook for Tuesday? 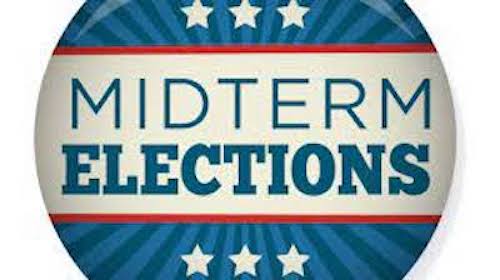 The midterm election is expected to change the face of Congress, but what are the odds?(photo courtesy of constitutingamerica.org.)

President Joe Biden’s Democratic Party controls both the House and Senate in the current 117th Congress, and that is supposed to make it easier for presidents to get things done. Biden has had some successes, but he hasn’t been able to get everything he wanted.

A closely divided Senate has occasionally been trouble for Biden. The Senate has 50 Republicans, 48 Democrats, and 2 Independents who work with Democrats. Democratic Vice President’s Kamala Harris’ vote as president of the Senate gives Democrats a 51-50 voting edge.

The midterm elections coming Tuesday will determine which party controls Congress for the next two years of Biden’s administration. When the president’s party controls both chambers, that is unified government. Otherwise, it becomes divided government, according to history.house.gov.

The current House has 220 Democrats, 212 Republicans and 3 vacancies, according to the Congressional Research Service. The Tuesday election will begin deciding 35 Senate races and all 435 House races, according to ballotpedia.org.

Ballotpedia said the 35 Senate races next Tuesday are rated by three organizations — the Cook Political Report, Inside Elections, and Sabato’s Crystal Ball.

Anyone desiring more information on any of these races can find it at https://ballotpedia.org/United_States_Congress_elections,_2022#Battleground_elections.

Louisiana’s U.S. Sen. John Kennedy, R-Madisonville, is seeking a second six-year term. David Vitter was the senator who decided after losing the governor’s race in 2015 that he wouldn’t seek re-election in 2016.

Kennedy had 23 opponents in the Nov. 8, 2016, primary and picked up 25 percent of the vote. Democrat Foster Campbell made the runoff with 17 percent. Republican U.S. Rep. Charles Boustany, who served this corner of the state at the time was third with 15 percent.

This year’s early voting numbers were good news for Kennedy, according to The Advocate. The newspaper said he is facing two main Democrats, Gary Chambers Jr., and Luke Mixon, who are trying to force a December runoff.

Black voters constituted only 26 percent of the early vote, which the newspaper said is “significantly below the 30 percent benchmark that Democrats traditionally need to be competitive in statewide elections.”

Baton Rouge-based pollster John Couvillon said 43 percent of the early vote was Republican and that was higher for the first time ever than the 42 percent Democratic turnout.

U.S. Rep. Mike Johnson, R-Bossier Parish, of the 4th Congressional District had no opposition Tuesday. U.S. Rep. Clay Higgins, R-Lafayette, of the 3rd District, represents this corner of the state and has seven opponents. Republican Holden Hoggatt, a Lafayette prosecutor, has waged a vigorous campaign against Higgins.

Once the Tuesday election is over, we can only wonder how many of the losing candidates will say there was widespread fraud and the election was stolen from them.